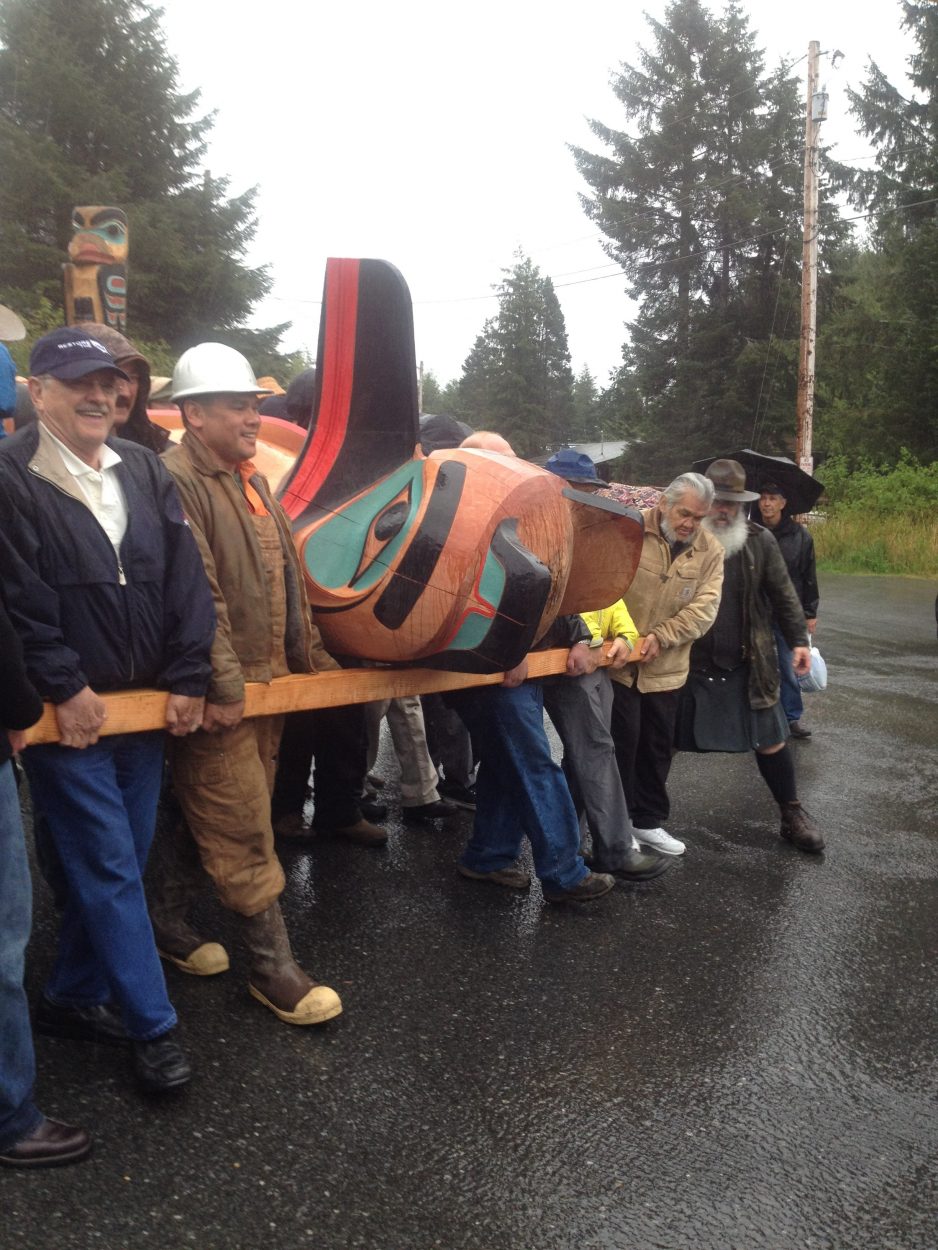 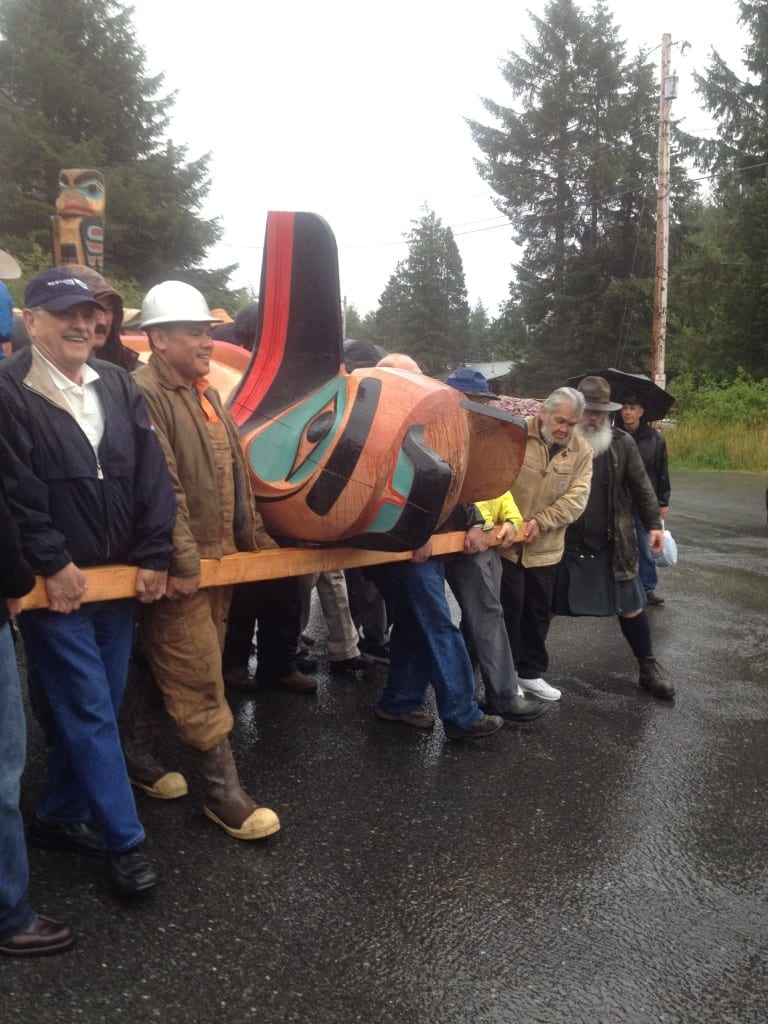 Even for Southeast Alaska, this is a lot of rain. Teams of at least a dozen men at a time slog through downpour, grunting and groaning as they carry the nearly 1000-pound load the few hundred feet that may as well have been miles.

Singers stand nearby, providing a thousands-year old soundtrack to the soggy affair. About 200 people look on; though some are under tents or others umbrellas, water is still everywhere, including on sensitive recording equipment.

It takes the crews about an hour to get the pole from carving shed to the stand. But, finally, ropes are attached, and a beautiful raven totem is slowly raised into position at the top of Saxman’s totem row.

Once the pole is secure, Captain Joe Thomas gives an invocation in both Tlingit and English.

Governor Parnell, who was in Saxman to be adopted into the local Eagle Killer Whale Clan, also speaks at the totem raising Saturday. He draws attention to the values shared by all cultures.

Carver Donnie Varnell makes an appearance and thanks a number of local people, including his grandmother.

Saxman’s mayor Joe Williams then thanks those responsible for the pole’s funding, including the Ketchikan Gateway Borough and the National Highway Administration.

And then the real fun begins: Williams invites the crowd to a warm – and dry – potlatch at the Saxman Community Center. There, a number of people, including Governor Parnell, are adopted into the Eagle Killer Whale Clan.

The Cape Fox Dancers entertain the crowd in traditional dress as families and friends chat over a hearty lunch.

Then, Mayor Williams adopts Parnell into the clan. He gives the governor the name Tan Taal. Williams tells the crowd that the name means “Tell the bear to leave us alone, we’re hunting for food just like you.”

Williams also adopts a number of others into the clan, including his daughter-in-law.

The governor says his adoption was arranged by Mayor Williams, who invited him to Saxman.