Bill would allow road to Prince of Wales mines 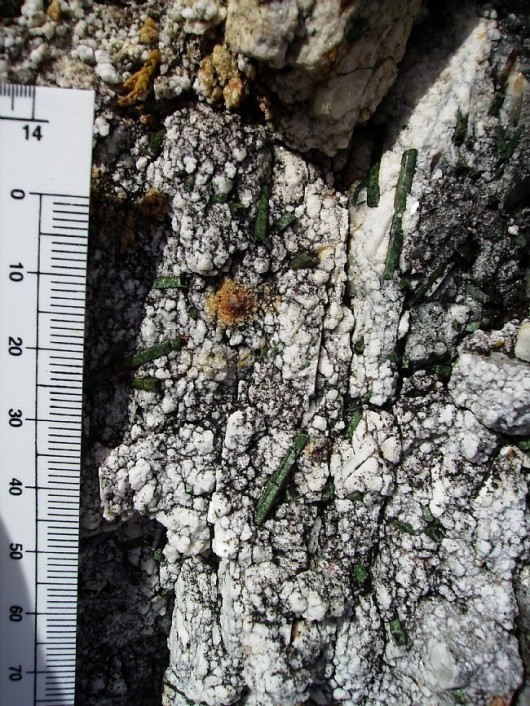 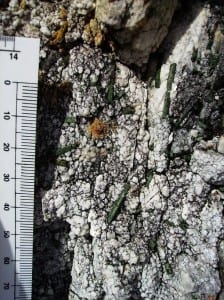 An ore sample from Niblack mine exploration. Bills before Congress would speed construction of a road linking it to the Prince of Wales Island system. Courtesy Healtherdale Resources.

A bill making it easier to build a road to Prince of Wales Island mines has gotten some attention in the nation’s Capitol.

Congressman Don Young’s measure would allow construction linking the island’s road system to the Niblack mine. The copper, zinc, gold and silver prospect is under development.

The bill would allow that road to continue to the Bokan Mountain rare-earth-element mine. Both are in the Southeast part of island, to the west of Ketchikan.

It would be built in an inventoried roadless area, where construction is restricted. As a result, the Forest Service opposes it.

Young questioned the agency’s Leslie Weldon during a hearing before the House Public Lands Committee on Friday.

“Do you agree that if the road were built, it would help local Prince of Wales Island residents commute to the mine and live and work on the island?” he asked.

“We agree that it’s important that there be economic opportunity for the residents in Craig and Thorne Bay. But we think that there are more economically efficient ways of being able to transport those workers to the mine site,” Weldon answered. (Watch the entire exchange.)

She said the administration prefers mine owners boat people to a dock near the mine.

She said it would be cheaper and safer.

“It would be very expensive to build these roads because of the difficult terrain they would cross,” Weldon said. “Existing roads were built as logging roads and it’s not clear whether they’re suitable for frequent use or whether the owners of these roads would support such use and accept any related liability risk.”

Young said a road would allow for shipment of equipment and other goods.

He also said it would cut pollution and power use.

“We have an administration that desires to have clean air. And we have hydropower abundance there. But we can’t move it unless we have a transmission corridor, which would include the roads,” Young said.

The bill’s next step is a markup before the full House Natural Resources Committee.

Similar legislation is in the Senate, cosponsored by Lisa Murkowski and Mark Begich. It has not had a hearing. (Read about that bill and related issues.)

The measures are supported by the Alaska Forest Association, Alaska Miners Association and Southeast Conference, among others.

Read about environmental concerns about the Niblack and Bokan mines.