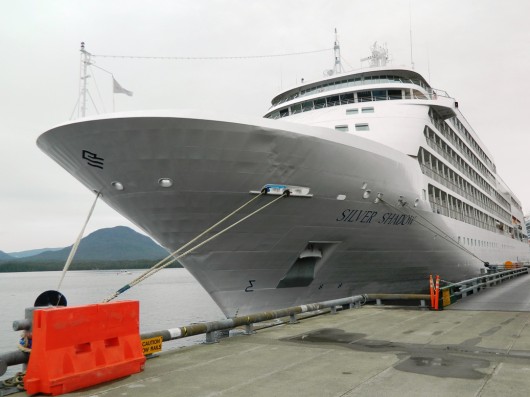 An inspection June 17th in Skagway revealed that crew on board the Silver Shadow cruise ship stored food, including food that should be refrigerated, in crew cabins – occupied crew cabins – as part of an organized attempt to hide that food from inspectors.

Following the inspection, the luxury cruise liner received a failing vessel sanitation score of 82 from the Centers for Disease Control and Prevention. A score below 85 is considered “not satisfactory,” according to the CDC.

The inspection was triggered by anonymous complaints by Silversea Cruise Line employees, according to Cruise Law News (cruiselawnews.com). The inspection revealed more than 40 specific sanitation violations, including the attempts to hide food and other items.

All potentially hazardous food was thrown out after the inspection, according to the CDC, and the inspector even threw chlorine on the food to make sure it wouldn’t be served.

The company posted a response on its website, and the CEO writes that they will implement new training procedures to make sure any problems are fixed.

The Silver Shadow frequently docks in Ketchikan, and will next be in port on Saturday, August 3rd.

The CDC report can be found at http://wwwn.cdc.gov/InspectionQueryTool/InspectionDetailReport.aspx?ColI=MTgwMDAzOTQ%3d-n6DxX6qpl9c%3d. (Note: select “Silver Shadow” from the list to read the report.)

The Silversea response statement can be found at http://blog.silversea.com/.