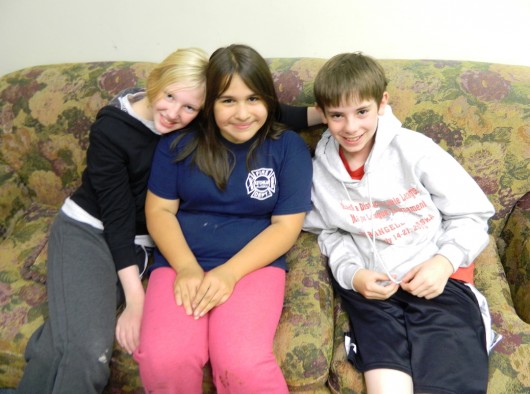 This week, Marco went to talk to kids enrolled in the summer program, ArtsCool, put on by First City Players and Ketchikan Theatre Ballet. Kids attending the program learn about visual and performing arts as part of the four-week program, leading up to a staged show. This year, the campers are preparing Bugsy Malone, Jr., which will be performed August 9th and 10th.

ArtsCool camper Shaundra Rhodes was asked: What’s been your favorite thing about ArtsCool so far?

“Hanging out with friends and getting to know new people and seeing old ones from last year,” she said.

Liam Kiffer also chose filming when he asked what his favorite activities are.

“Probably either dance or the videography,” he says. “We make videos of us having a good time and stuff.”

Orion Denny gave an enthusiastic overview of why she enjoys all of ArtsCool.

For those who don’t know Bugsy Malone, Orion quickly explains what the play is about.

“There’s this group called ‘Fat Sam’s,’ and then there’s Dandy Dan and his group. And they’re feuding. And Bugsy meets this girl named Blowsy, who he really likes, and he also knows this girl named Tallulah, who likes him.”