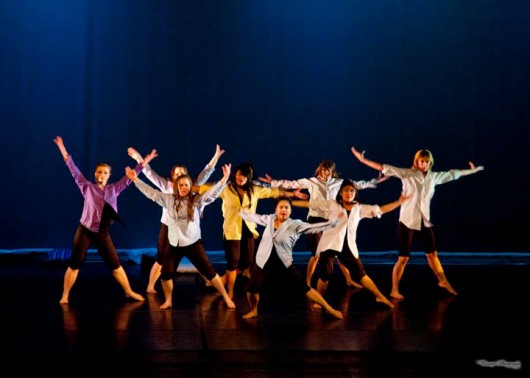 This week, Marco was at the 16th annual Gigglefeet Dance Festival rehearsal. The performance, put on by First City Players and Ketchikan Theatre Ballet, coincides each year with the Blueberry Arts Festival. Marco, who will be dancing in the show, spoke to other performers about why they love to dance.

“I would say I love dance because it gives me a chance to really express the thoughts I never get to say out loud. It’s really like a painter that gets to paint his thoughts on canvas. For me, the dance floor is my canvas,” said Archie Inoncillio, an instructor with Studio Max, who will perform with his group, “The Mini-Bosses,” and solo. He’s been dancing for 17 years. 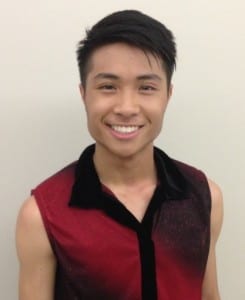 Nathan Buendia, after a rehearsal for the Gigglefeet Dance Rehearsal.

Buendia has been in dance since pre-school, and this is his fifth year in Gigglefeet. He will perform in six different dances for the show.

Amy Owings, a past dancer with the Ketchikan High School Drill Team and Ketchikan Theatre Ballet, gave her own take on knowing when you love dance.

“It’s kind of an indescribable feeling when you feel – really feel – the dance that you doing, and perform,” she said. “You can tell when you’re watching someone dance if they really are connecting with their piece or not. Like, you can do the moves, or you can perform and feel the moves. I think that’s when you really know if you love dance or not.” 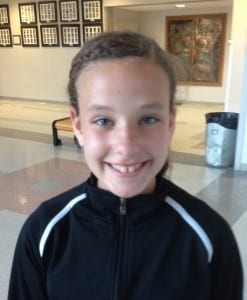 Alyssa Mendoza will dance with the Schoenbar Drill Team for Gigglefeet.

Alyssa Mendoza is a middle schooler on the Schoenbar Drill Team. She and the team are performing a hip-hop dance for Gigglefeet. She sees dancing as a fun activity.

Jess Hoffman, assistant director of KTB, is one of the coordinators for Gigglefeet. But she provides her dance talents to the show, too. She has been dancing for 21 years and will be part of four pieces in this year’s performance.

“I love to dance because I often find that words aren’t enough for me. I can’t speak as well as I can dance. The emotion comes out through my dancing,” she said.

The Gigglefeet show is scheduled for 7:30 p.m. Friday and Sunday at the Kayhi auditorium. Gigglefeet tickets at $15 for adults, $10 for students or seniors. Contact First City Players at 225-4792 or at FirstCityPlayers.org