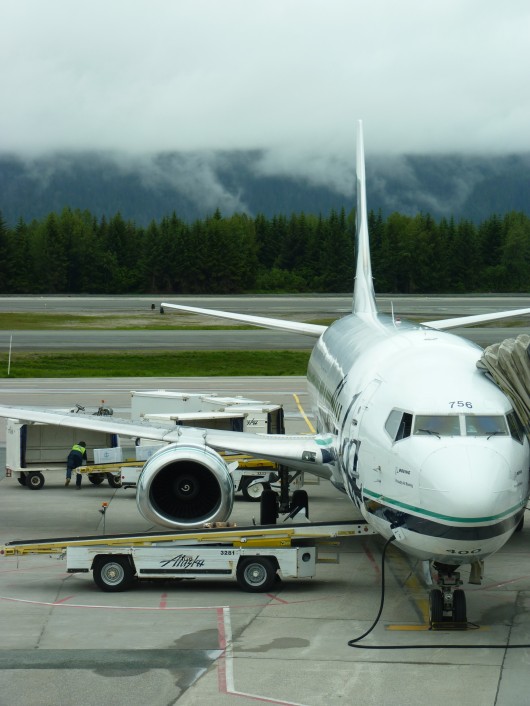 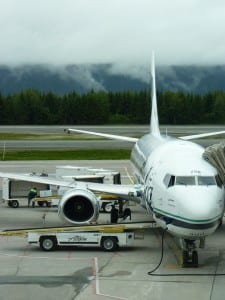 An Alaska Airlines jet waits for boarding at the Juneau Airport last September. Monday’s Alaska Flight 69 from Seattle was stuck at Ketchikan’s airport for about an hour due to a computer outage. File photo.

Flights to and from Alaska were among those affected by a recent international computer system breakdown.

Alaska Airlines reports about 50 planes were delayed Monday night, including 10 out of Anchorage and one from Ketchikan. United, American and Delta were among other affected airlines serving the state.

Delays were caused by a breakdown in the SABRE computer reservation system used by more than 300 airlines worldwide.

“Our employees had to manually check in passengers like we did back in the good old days,” she said.

Egan said no flights were cancelled. She said extra award-program miles were not offered to passengers, as is sometimes the case. That’s because delays were short and the flights continued.

“If we had any passengers who were significantly inconvenienced we certainly want to hear from them and they can call our customer care department and we’ll deal with each customer on a case-by-case basis,” she said.

Flights in the air were not affected.