Petition calls for Edna Bay to incorporate as a city 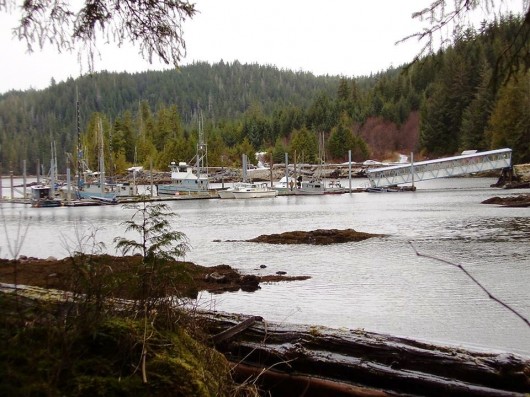 The community of Edna Bay is seen in this photo provided by Barbara Morgan.

A group hoping to incorporate the community of Edna Bay as a second-class city has filed a petition with the Alaska Local Boundary Commission.

The proposed new City of Edna Bay would include about 23 square miles of land, and about four-and-a-half square miles of tidelands and submerged land. That area includes state, federal and privately owned property on Kosciusko Island off northwest Prince of Wales.

The petitioners are Lee and Doris Greif, and they say incorporating will help their community move forward with needed infrastructure projects, and attract new residents. Right now, about 50 people live there year round.

“When the state set up lots out here, they didn’t include the road, and so everybody that has a lot owns half the road,” she said.

Those roads are in need of repairs, but without a single entity in charge, that work can be difficult to arrange. As a city, Edna Bay would be able to take ownership of its roads and bridges, and make the needed improvements.

Greif said the community’s dock also is in disrepair, and the state was on the verge of condemning it. If Edna Bay incorporates, she said the state has offered to help with repairs.

“And then, we don’t have any fuel out here,” she added. “We have to go get it in 55-gallon drums. It’s very difficult, especially in the winter, sometimes you can’t go. We’re going to hopefully put in a tank farm for fuel, and make life a little easier out here.”

Edna Bay is about a half-hour boat ride from Naukati on Prince of Wales Island. Greif said the town has many older residents, and the school there is running low on students. Many of those who live there would like to attract more families with children, and she hopes that improvements to the community will help encourage more people to move there.

“We’re just a small community. We all get along pretty good,” she said. “We’re just looking for growth. There’s a lot of lots available out here available, and houses. We’d love to see more community.”

Greif said Edna Bay’s economy is primarily fishing and the island’s two sawmills. She said most residents support the idea of incorporating Edna Bay, but a few have objected to the notion of expanding.

“We’re having that meeting on the 10th here with the Local Boundary Commission so people can ask questions,” she said. “There’s been a lot of rumors going around, and hopefully we’ll get that all out in the open. We’re just all excited about it. Most of us.”

A public hearing on the Edna Bay incorporation petition is scheduled for 6 p.m. Oct. 10 at the Edna Bay School.

In addition to the public hearing, the Local Boundary Commission will accept written comments on the petition through Nov. 20.

Comments can be sent to: