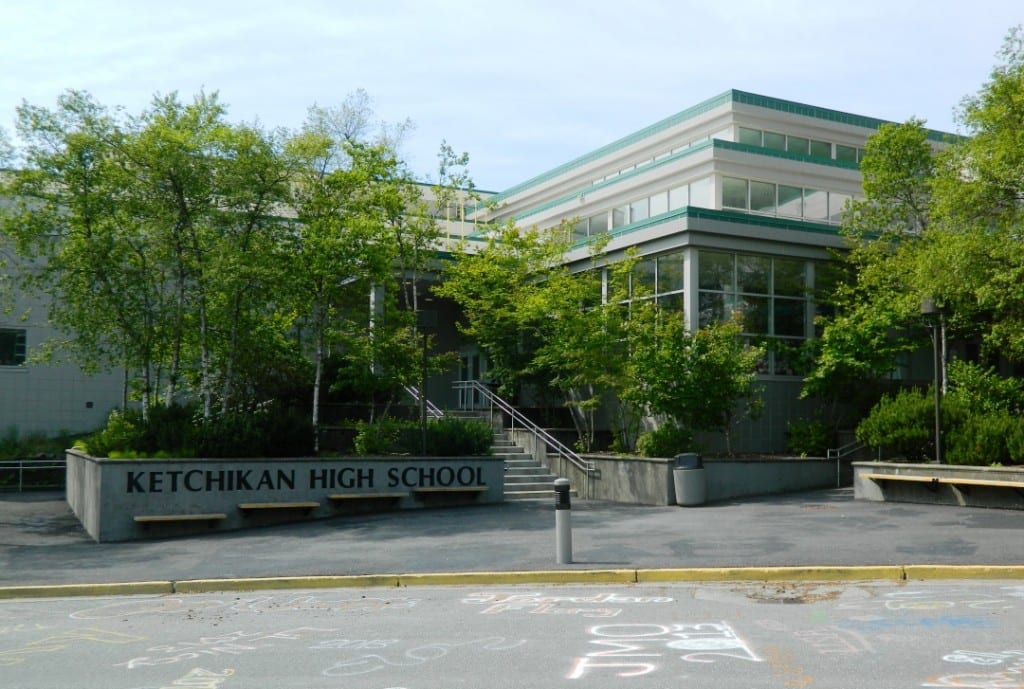 Candidates seeking a seat on the Ketchikan Gateway Borough School Board joined KRBD for a forum Monday to discuss issues facing the school district.

Relations between the School Board and other government bodies was a major topic of discussion for the candidates. David Timmerman, Trevor Shaw and Camille Booth all agree the School Board’s relationship with the Borough Assembly could be improved, though they differ on how exactly that could be done.

Incumbent School Board Member Dave Timmerman has the strongest words for the Assembly.

“I just think if an assembly member said every once in awhile ‘hey (Superintendent) Bob Boyle, you guys are doing a great job,’ instead of saying negative, negative, negative, I think even small things like that would go a long way to repairing things,” Timmerman says.

Shaw stresses the need for the community to use all resources at its disposal – from more borough involvement to local business participation – to fund schools. Booth notes that efforts by both the School Board and Borough Assembly to understand each other’s concerns would help ease possible tension.

The activities budget, which includes sports and certain academic programs, has been under discussion by the School Board recently. Due to changing Alaska Marine Highway ferry schedules, students have been relying more on air travel, which puts a strain on the district’s finances.

The 18-year old Trevor Shaw has some sharp words for state Representative Peggy Wilson on the issue.

Shaw went on to say that the district should fully fund the activities budget when it can.

Booth, who has a background in education technology and data collection, looks at the activities budget from both sides; saying that while the change in ferry schedule absolutely presents difficulties to the school district, it may be time to look at participation levels and see where potential cuts lie.

On the activities debate, Timmerman points to the positive effects of those programs on the student body. He urges that activities be funded to their fullest, and faults the borough for lowering taxes that had a negative impact on the school district budget.

The three candidates are generally in line on the debate surrounding Ketchikan’s library consortium. That agreement between the school district, city and university libraries to share certain services like online catalogs and book sharing, has an uncertain future. Superintendent Bob Boyle said recently that the district may pull out of that agreement due to cost concerns.

Shaw says that if a vote were held today to remain within the consortium, he would most likely vote against it. Timmerman agrees with Superintendent Boyle’s approach; in that while the consortium is valuable, with a tightening budget the school district is right to look into the wisdom of leaving the consortium.

Booth stressed her support for libraries in general. She says that efforts to track data in terms of usage are necessary to determine whether the current system is equitable.

“Supporting libraries in general is important because I’m a book person,” Booth says, “but at the same time does it make sense to the financial sense to the district? Is it balanced? What are the user rates? Those kinds of questions have to be answered too.”

Booth also stresses the importance of technology in the district, saying that extra training for teachers and parents is essential for both the safety and privacy of students who use district computers.

The election for the Ketchikan Gateway Borough School Board is on October 1.