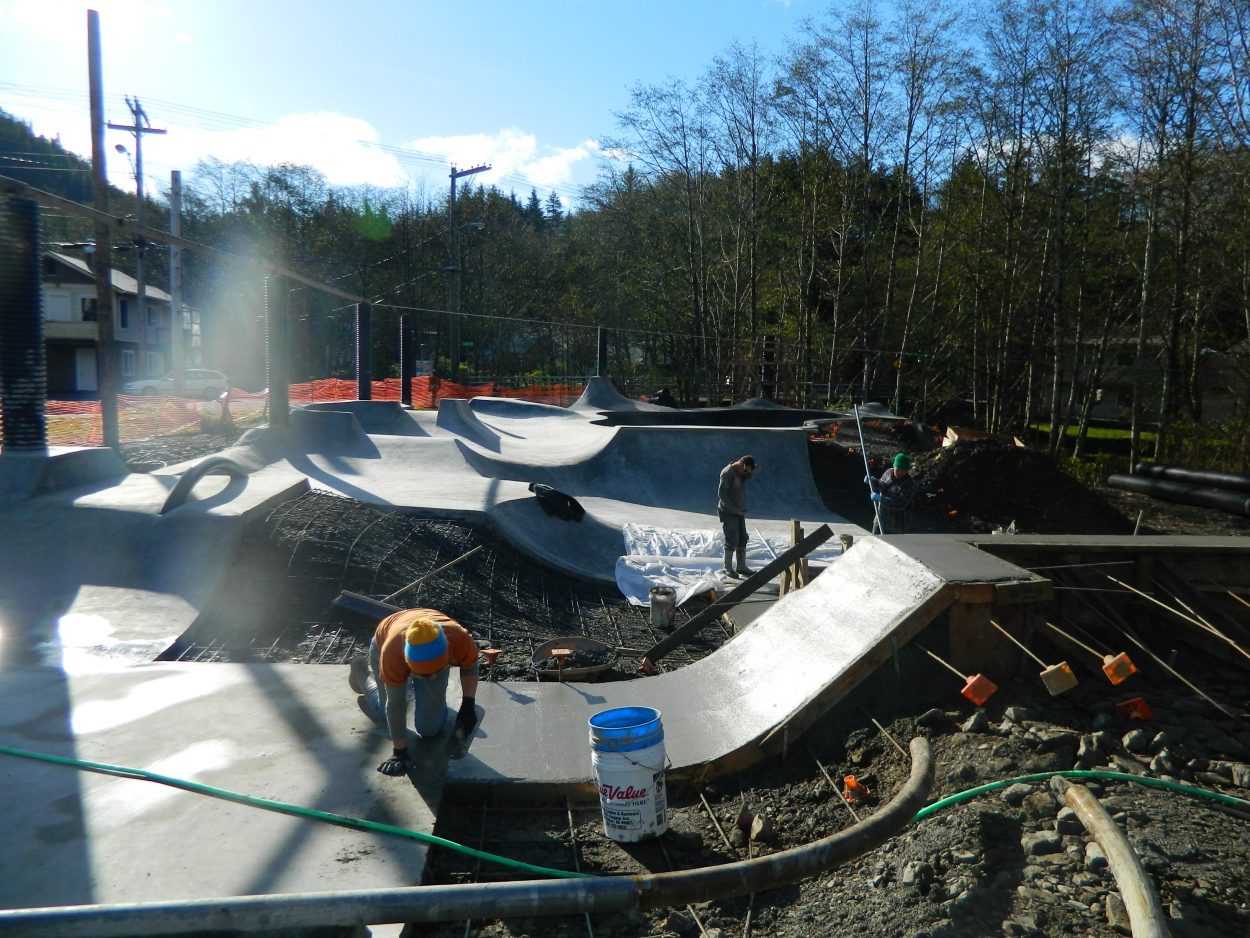 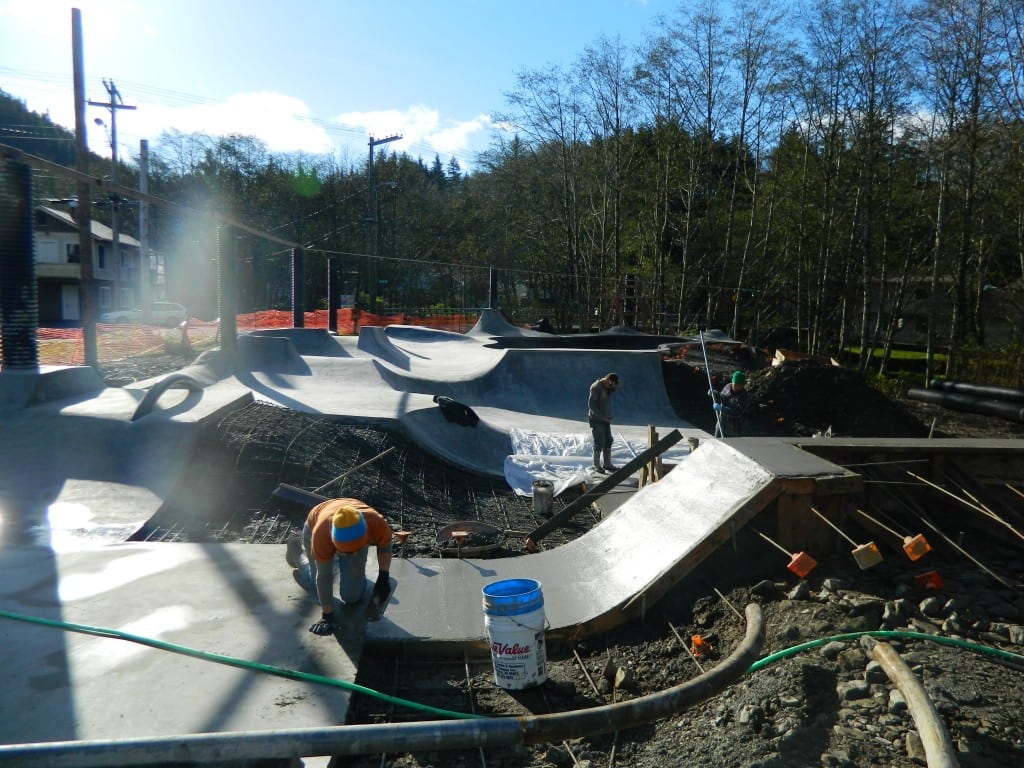 The Ketchikan Skate Park is nearing completion, and skaters of all ages soon will be able to use the public space.

Anybody who has been on Schoenbar Road near Walker Field lately has probably noticed a lot of changes. The empty lot across the street from the field has become a daily scene of activity; trucks, people, the noise of machinery. And before long, the completed Ketchikan Skate Park will officially be open, the culmination of years of planning and bureaucracy wrangling.

You might think that getting a project like this together is a logistical nightmare. The architects, the contractors, the materials. But that’s not been the case so far.

Jason Shomaker is the designer at Portland-based Liquid Stone Design, which is handling…well, just about everything related to the skate park.

“It never leaves a skater’s hands,” says Shomaker. “We skate, the whole crew skates. It’s in our hands from beginning to end. It’s really nice for us.”

Shomaker and his partner Lori Linville, who owns Liquid Stone, have run the company for about 12 years. They have designed a handful of skate parks in the Pacific Northwest, taking care everything from the artistic design to construction.

This is their first park in Alaska, and they both say there are unique challenges to designing and building a skatepark in Ketchikan.

“We have to get used to bringing materials in early,” Shomaker says, “and certain things not being available. It’s a little different here, but it’s entertaining.”

They also say that much of the design of the park was contingent on donations from the U.S. Coast Guard.

Shomaker and Linville’s two children, 7- and 10-year old boys, travel with them to construction sites. And, as skateboarders, provide the couple with invaluable feedback.

“I think it’s great for the community too,” says Lori Linville. “To see our kids skate it, it’s good for them to see it’s not such a scary thing, and it’s really fun.”

The 6,200 square foot skate park, which the designers say will be finished soon, has been years in the making. The project was spearheaded by Ketchikan Youth Initiatives, which sought both public and private money to build the park.

Bob Fultz, President of KYI, says he is happy with what Liquid Stone has created, and thinks the park adds an important aesthetic touch to what was otherwise an empty lot.

“This Liquid Stone, they’ve done this well,” says Fultz.  “They’re artists. What they’ve created is a work of art, something we can be proud of. Our own little Picasso. It’s really a special place.”

Fultz also hopes the park will provide a safe and athletic outlet for Ketchikan’s youth.

“It will hopefully keep them away from drugs and alcohol and other negative influences,” Fultz says. “The more they get out and skate, it can open up a side of their brain to expand and grow.”

The Ketchikan Skate Park will have a grand opening in the coming months. Lori Linville and Jason Shomaker say they have enjoyed their stay in Ketchikan, and are considering spending more time here after the park is completed.