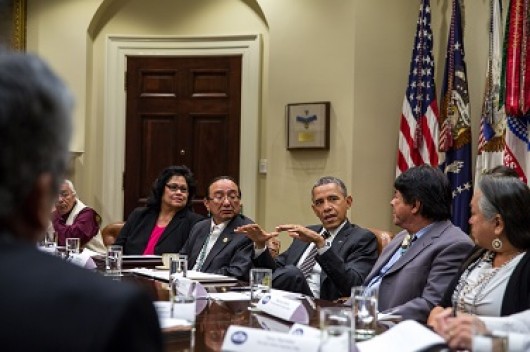 A Southeast Native corporation CEO was one of a dozen Native leaders who met with President Obama as part of last week’s White House Tribal Nations Conference.

He and 11 tribal leaders from around the country met with the president to talk about creating jobs and sustainable economic development. Interior Secretary Sally Jewell and other administration staffers also attended. 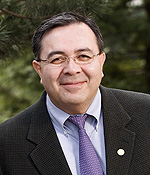 McNeil, the only Alaska representative, says he told Obama that federal subsistence rules are not working as they should.

“Alaska Natives are not able to participate fully in the preference as it stands today and the regulations really need a revamping,” he says.

McNeil says traditional hunting, fishing and gathering are part of Alaska’s economy and rule changes could help them grow. He told officials subsistence is also an important part of the state’s food security.

Sealaska’s CEO says he also pushed for changes in what’s called the 8(a) program. Alaska Native corporations use it to win federal contracts without competing against other businesses. They can also partner with non-Native companies.

It’s been controversial, with calls to rein it in or shut it down. McNeil says it’s an important part of Alaska’s economy, and employs Natives and non-Natives.

“In our view, the administration can still reformulate its regulatory emphasis to be able to make that program work much better within existing law,” he says.

He says Obama asked well-informed questions. But most of the time was taken by Native leaders proposing economic development plans. (Read what else McNeil told the president.)

While McNeil represented Juneau-headquartered Sealaska, he lives in Washington state. He plans to retire in 2014 after about a dozen years heading the corporation.

The meeting with the president came before the larger White House Tribal Nations Conference. 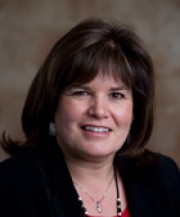 “The focus of this meeting was really about jobs and the economy and how he, through an administrative lens, can strengthen the ability of tribes to be more successful in that conversation,” she says.

She says the Obama administration turned out in force to meet with delegates from Indian Country, including Alaska.

“We had 12 secretaries, which is the most secretaries ever, listening directly to the tribes. And I think that this really shows this administration is really dedicated to try to resolve some of these issues.. And you could tell that by the depth of their knowledge around the particular issues, whether they be Alaska Native or the Lower-48 tribes,” she says.