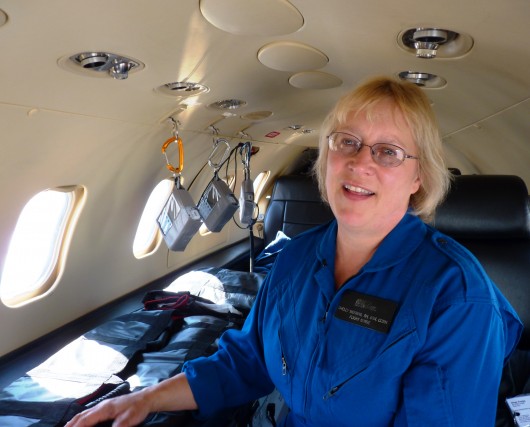 If you get sick – really sick – there’s a good chance you’ll end up on a flight out of town. Medical evacuations, called medevacs, are taking more and more Alaskans to in-state and Lower-48 critical-care facilities.

But the medevac system is undergoing changes, with new aircraft, more competition and a shift in patients’ needs. This report is part of an ongoing series on Southeast health care issues produced by CoastAlaska public radio. (Link to all the reports.)

Kj Harris is a Ketchikan bartender who’s been in the business a long time. That almost came to an end about eight years ago – when he felt a strong pain in his chest.

“I had a heart attack and they took me to Ketchikan General (Hospital),” he says. “And once they gave me this massive shot, a blood-buster or clot-buster, they said I had to go south. And I said sure.”

Harris is one of several thousand Alaskans medevaced each year, because they need care not available near home.

In Southeast, they use air ambulances from Airlift Northwest, Guardian Flight and others that mostly serve other parts of the state, such as LifeMed Alaska. The SouthEast Alaska Regional Health Consortium used to provide its own service, but now contracts with Guardian. 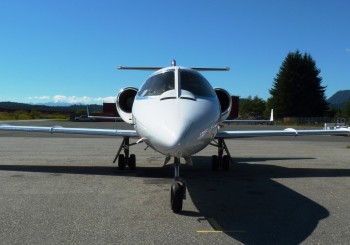 “We do primarily cardiac patients out of Southeast Alaska. And then we do a fair amount of patients who are ill with an infection that gets beyond the typical infection that can be handled with antibiotics. People who have blood loss, some trauma, preterm labor patients and then a variety of other patients,” Deering says.

A medevac starts when a patient arrives at a hospital or clinic in serious condition, or just needs a higher level of care.

“A physician or a primary care provider must make the determination that a patient needs to be transported from Point A to Point B,” Pollock says.

Point B has to agree to take them. Then a medevac plane’s called in, unless one’s already on the ground.

“So, we have a single stretcher here,” says Shelly Deering as she explains the equipment in the interior of an Airlift Northwest Learjet parked at the Juneau Airport.

“We can monitor 12 leads for our cardiac patients. We can defibrillate them if we need to. We have a transport ventilator, so if somebody has a breathing tube in, we can breath for them on the way down to Seattle,” she says.

Some patients remember nothing, because they’re comatose –or drugged.

But Harris, the Ketchikan bartender, does.

“It seemed like it took days to get from here to Seattle. I’m sure it took a couple hours. But it took days,” he says.

The region’s first air ambulance service was Airlift Northwest, which is part of the University of Washington medical system. It’s flown out of Seattle for more than 30 years. And it’s based an aircraft in Juneau for more than half of that time. (Read about its history.)

Last spring, it added a propeller-driven Turbo Commander, which can land at smaller airports.

It picked up some competition about 10 years ago when Fairbanks-based Guardian Flight put aircraft in Sitka and Ketchikan.

“Like most of us that begin this service, it was in response to a need of not enough medical transport resources in place for the need,” he says.

“We have more aircraft and more resources in the state of Alaska than Airlift Northwest does. Beyond that, I’m not exactly sure what the differences are,” he says.

Airlift Northwest staffs its jets and planes with two highly-trained flight nurses. Guardian uses one, plus a flight paramedic.

Also, Airlift medevacs women with problem pregnancies and Guardian does not.

Some other companies serve the rest of the state. The most recent is Kansas-based EagleMed, which took over fixed-wing flight operations for Alaska Regional Hospital’s LifeFlight service.

“We are able to care for sicker and sicker patients because treatments and medications are better than they used to be,” says Jennifer Bryner, chief nursing officer at the Petersburg Medical Center.

“In order for us to transfer somebody with a medical illness, they have to be very sick. So I think for sure they’re sicker today than they were 10 or 15 years ago, she says.”

Shelly Deering, of Airlift Northwest, says one of the big changes she’s seen is the level of cardiac care.

“Patients who used to have a cardiac arrest didn’t survive,” she says. “Now we see more and more of those patients coming back into the communities. And most of the time they come back to their previous state of health.”

And with more services with more aircraft, patients are getting where they need to go quicker. Guardian Flight’s Shanon Pollock:

“Unlike 20 or 30 years ago, I think patients are waiting a lot less than they were, then, for air medical transportation, even if all resources are flying at the time they need them,” he says.

Insurance is another challenge for Alaska’s medevac industry. It’s important, because the flights can cost patients $100,000 or more.

State regulators this fall pulled the plug on Airlift Northwest’s AirCare program, saying it no longer complied with the law.

They also shut down Fairbanks-based Apollo Medi Trans for several months, after it failed to renew its license. But it’s back in business.

Ketchikan bartender Kj Harris was uninsured when he took a $78,000 flight. He says it’s worth the hundred-bucks-or-so annual premium.

“You got the chance, buy the insurance. It saves you tens of thousands of dollars,” Harris says.

Friends helped pay for his flight with community fund-raisers. A few years later, he had a second heart attack and medevac. This time he was insured.

The competition and medical changes are important. But for patients such as Harris, it’s all about the service.

“It saved my life. I was pretty happy with that,” he says.

He still lives in Ketchikan, working the bars and serving on the city council.