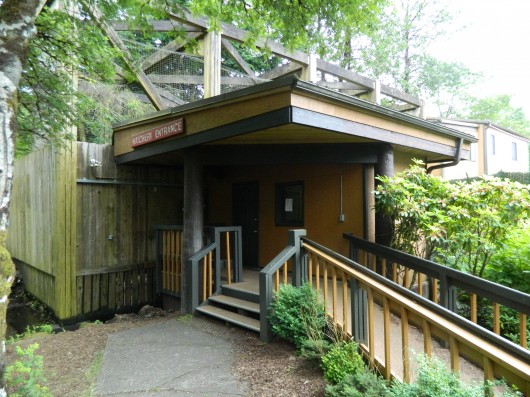 The entrance to the Deer Mountain Fish Hatchery is seen last summer. The raptor center’s eagle flight cage is in the background.

A seasonal sales tax increase approved by the Ketchikan City Council last week was reconsidered and repealed Thursday, in favor of a year-round sales tax.

Speaking to KRBD on Friday, Council Member Dick Coose said the measure will have to come back to the Council.

“According to the clerk and the attorney, because we substantially changed the ordinance that was written, we’ve got to rewrite the ordinance and vote on it again,” he said.

City Clerk Katy Suiter said Friday that the ordinance will require two separate votes. The first reading will be Feb. 6th, and the second on Feb. 20th.

Part of the concern over a seasonal sales tax was the added burden to business owners, who would have had to change their systems twice a year. Coose said he also was concerned about taking advantage of tourists.

Also Thursday, the Council agreed to move forward with a plan that would allow the Southern Southeast Regional Aquaculture Association to operate a fish hatchery formerly run by Ketchikan Indian Community.

To that end, the Council directed the city manager to negotiate an agreement with SSRAA, and to look into removing the raptor center to provide more space for fish-rearing ponds at the facility, located at City Park.

Coose said there wasn’t any debate over that issue.

“Everybody thought that was a good deal,” he said. “Everybody wants that hatchery to run. KIC was having trouble making money running it, so they wanted out but we said we’re gonna have fish one way or another. SSRAA said, ‘We think we can keep it going.’”

The Council also approved contracts to design electric upgrades and a new roof for the Centennial Building, a motion to negotiate a hospital renovation pre-construction contract with Layton and Dawson construction companies; and a 1-percent cost-of-living raise to non-union city employees.