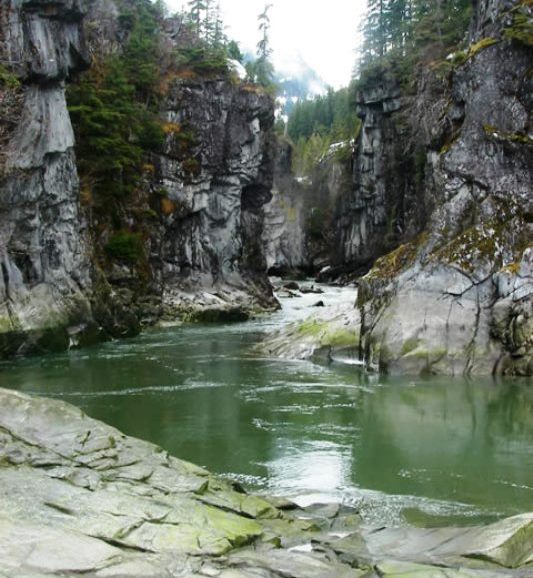 Alaska Power and Telephone is continuing with the complex permitting process for its proposed hydroelectric project close to the Canadian border. Spokesman Jason Custer gave an update to the Ketchikan Chamber of Commerce on Wednesday.

If everything goes perfectly, AP&T could start operating the Soule River hydroelectric dam by 2021. But Custer admits, that’s a very optimistic start date.

To move forward with the proposed dam, AP&T will need a variety of federal permits, plus an amendment to the Tongass National Forest management plan, to change the site’s land-use designation.

Soule River is in Portland Canal just outside of the Misty Fiords National Monument.  Locally, the area is called Glacier Bay, and while it’s not technically wilderness, its LUD, or Land Use Designation, is remote recreation.

Custer described what the proposed project would look like once built: “There’s about a 3.1 mile road. The dam’s 260 feet tall. That transmission connection follows the road and turns into a submarine cable. It follows the U.S. border as far as it possibly can before switching to Canadian waters.” 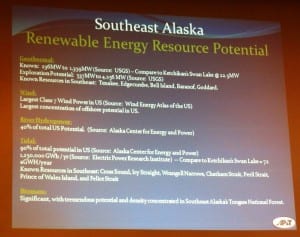 A slide from Jason Custer’s Chamber of Commerce presentation.

The 77.4-megawatt dam would send all of the power it generates south into the Canadian grid, using a connection through Stewart, British Columbia. AP&T also is working through the Canadian government’s permitting process, and Custer said that adds another layer of complication.

“The thing about the Canada National Energy Board is, even though the processes are unfamiliar, those people are very helpful and very knowledgeable. It’s easy to work with them,” he said. “We’ve just had some preliminary meetings. The biggest challenge so far is that it’s just kind of unfamiliar to us and we’re learning how to work through it.”

Custer said AP&T is the first company attempting to export Alaska’s renewable energy to Canada. He told a story about the risks related to going first.

“When the Corps of Engineers was building dams on the Columbia River, people became concerned about the impacts to fish, and they started putting in fish ladders, and way for fish to get up the dam,” he said. “When they put in the first of those ladders, the corps of engineers guys were sitting at the top, and when the first fish came up, someone grabbed it, bonked it on the head, and mounted it on a plaque, and the plaque said, ‘It never pays to be first.’”

Despite the warning in that parable, Custer said AP&T officials believe the $330 million privately-funded project will be profitable in the long run.