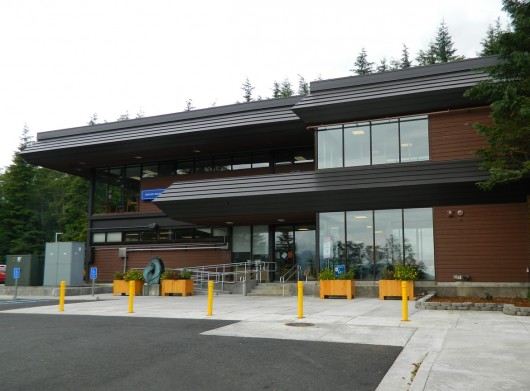 The Ziegler Building at the University of Alaska – Ketchikan campus.

University of Alaska Southeast Ketchikan students have made the UAS Chancellor’s and Dean’s lists for the Fall 2013 Semester.

The Chancellor’s List is for students who have earned a 4.0 grade point average while completing at least 12 credit hours. Local students on that list are Tuffina Arnold, Andrew Hoyt, Alexis McColley-Edwardson, Arika Paquette and Adriana Mojica.

Sixteen local students were named to the UAS Dean’s List. For that honor, they must have earned a 3.5 grade point average while completing at least 12 credit hours during the semester.