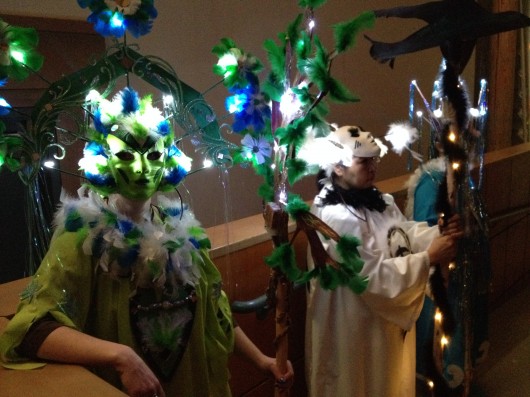 “The Elements of Magic” pieces by Deb Watier, Vanessa Alderson, and Jason Aldorson.

Luminescence was the theme of the Ketchikan Arts Council’s 28th Wearable Art Show. Dozens of local artists designed 3D creations for models who danced down the runway to music that matched their look.

There were dragons, sea creatures, butterflies, and monsters that glowed in the dark and flashed LED lights. 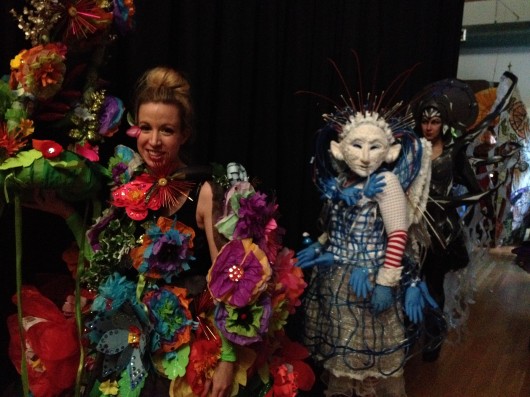 But what is the process behind the glowing dresses and towering headpieces? Well, here are some the materials the dozens of wearable artists used:

“The different things people can do with just basic materials, and most people tend to reuse whatever they have around, and create some amazing things,” said artist Lynn Jorgenson. She used green plastic grocery bags to make Christmas tree-inspired dresses. 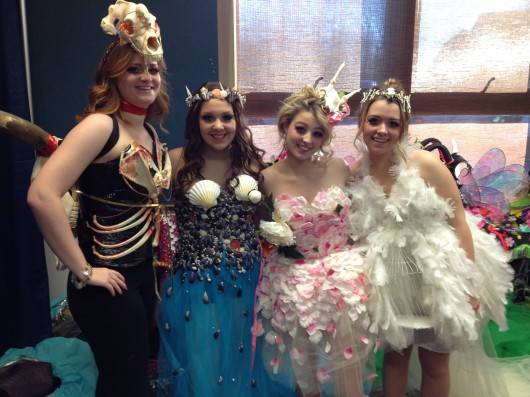 Abbie Sweetman is one of the artists who put reused materials to work. Her bio molecule-inspired costume has kitchen utensils and wires wrapped around. She says there were some challenges.

“Making it can be frustrating when things don’t really work out,” Sweetman said. “When you stab yourself with electrical wire or burn your fingerprints off with hot glue, but it’s only by working hard on your costume that it’s more fun showing it off.” 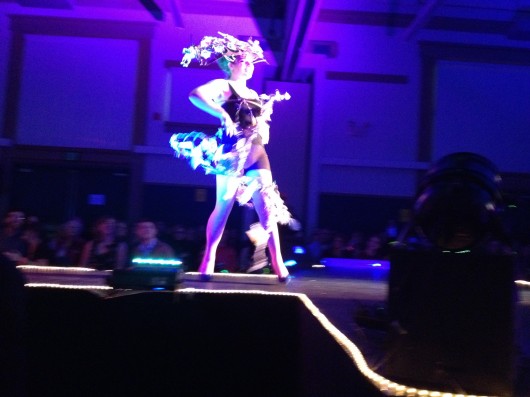 Abbie Sweetman on the runway.

With the hours and hours that go into making these pieces, and the near impossibility of some of them turning out, some artists ask themselves why they do it. Many say it’s addicting.

Anne Froeshle has participated in Wearable Art for seven years. This is her first year modeling her creation, which looks like a spider with cobwebs flowing from its legs.

“There’s gotta be something quite remarkable about the wearable art show if you’re going to spend hundreds of hours working on a piece late into the night, in order for it to be on the runway for two minutes in the show,” she said. “There’s nothing like it. It’s its own art form. It moves, it lives. It’s the fact that you make a creation, then it comes to life.” 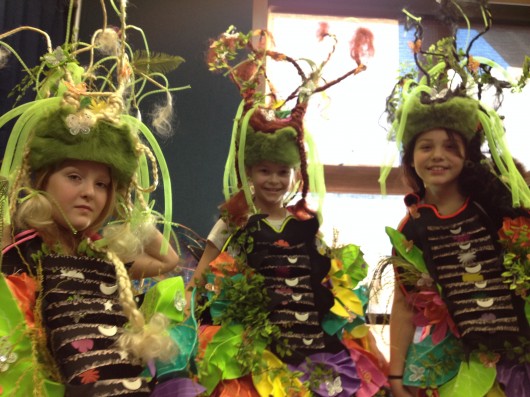 It comes to life on a long black runway framed with white lights. Models line up backstage, and as they’re introduced, they stand behind a white curtain, dramatically showing the outline of their costume.

Then, the music starts, and they strut onto the runway 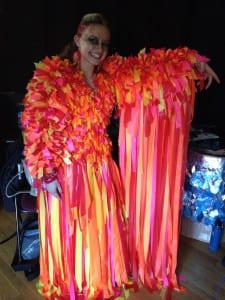 Susuan Heisler stood backstage getting her models, Jessi Minshall and Elizabeth Avila ready. Jessi and Elizabeth were dressed as a candle and a moth. Their performance on stage told a story of the moth’s undying love for the flame.

“What I love is that my models get what’s inside of me, my vision that I saw, they created that on stage,” Heisler said.

Backstage there were many veteran artists, some who have been making wearable art for over a decade. There was also a younger generation of daughters and nieces and grandchildren partnered with their artistic family members.

Jackie Keizer’s nieces, Coree and Nicole Embree, were modeling her creations, which, by the way, were made with thousands of hand-died zip ties. They were luminescent sea creatures.

A few of the artists described the wearable art show as “uniquely Ketchikan.” 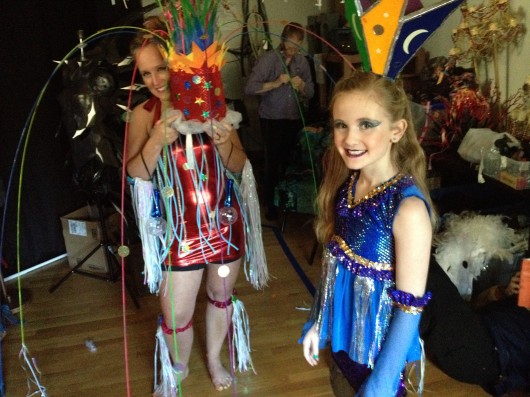 “The amount of amazing talent we have in Ketchikan and the artists that we have and how lucky we are to have these people just right here in such a small community is amazing,” Heisler said.

Other communities in Alaska have followed Ketchikan’s lead, and they now have Wearable Art Shows of their own. They include Juneau, Petersburg, and Sitka.

Next year’s Wearable Art theme in Ketchikan is World Beat. Ready artists? On your mark, get set, glue gun! 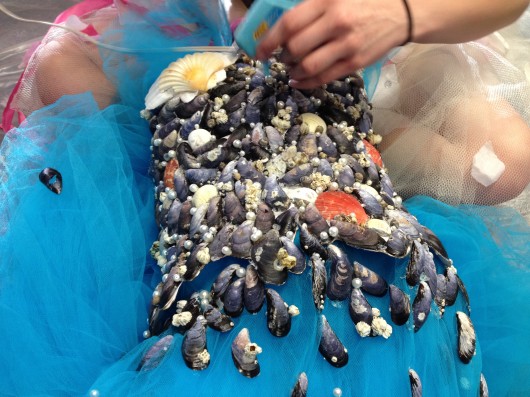 Megan Dial glues shells on one of her designs.