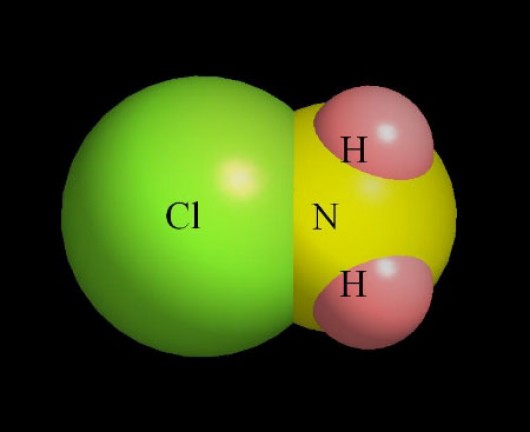 For the past 10 years, the City of Ketchikan has been working toward a new water treatment system, in response to a state mandate that the city reduce the levels of potentially dangerous byproducts that form with the current chlorine-only disinfection process.

After significant delays due to contractor issues, and then a long wait for the state to issue an operating permit, the city expects to start using the new system this spring. When that happens, the city will continue to use chlorine, along with ultraviolet light, as the first step in the disinfection process, but instead of using chlorine again to maintain the water’s purity as it moves through the pipes, the city is switching to chloramines – a combination of chlorine and ammonia.

That kind of secondary disinfection has been used for almost a century, including in some big cities, such as Portland, Oregon, and Denver. The federal Environmental Protection Agency said water treated with chloramine is safe for drinking, cooking and bathing. But it’s not without controversy. There are groups throughout the United States that object to chloramine in the public water supply, and one of those groups recently formed in Ketchikan.

Ed Plute and Amanda Mitchell strongly believe that chloramination is a bad idea, and they don’t want the City of Ketchikan to flip the switch on the new water treatment plant.

“First of all, if it rots rubber and affects aquatic life, I definitely don’t want to be drinking this kind of stuff,” Plute said. “And it has 15 total symptoms of respiratory systems, skin systems, eye irritants, digestive problems. Just keep what we got. Don’t try changing something.”

The problem is, the city must change what it’s got, because what it’s got violates federal regulations for drinking water. Chlorine reacts with organic material and forms byproducts, including haloacetic acids, which have been shown to cause cancer in lab animals. The levels of haloacetic acids are strictly regulated, and Ketchikan’s water has more than allowed.

So, something had to change, and the city chose chloramination. According to the city, the only other option would be filtration, and the cost of that would be prohibitive.

“What they’re talking about is some weird system, all designed, stainless steel, this that and the other,” he said. “You can buy a major system for about $250,000 installed. So I don’t want to hear them say that. They spent over $8 million on City Hall in the past five years, so I don’t think the cost is a matter of principle here.”

He added more than one of those systems would have to be installed to take care of the city’s complete water supply. The city has estimated that an approved filtration system would cost $25 to $40 million to build.

Some of the objections to chloramine include that it’s dangerous for fish and can’t be used in dialysis machines, but according to the EPA, those same issues exist for water treated with chlorine only. There are ways to remove chlorine and chloramine from water before it’s used for aquariums or dialysis.

Other concerns, which the EPA said are not proven, are that chlomarine-treated water causes skin irritation and other problems.

Despite the EPA’s assurances, objections continue, and not just in Ketchikan. Mitchell said she’s been in contact with national consumer advocate Erin Brockovich’s office, and they plan to send a representative to Ketchikan.

“He is actually a water specialist, and he’s been going around helping people. He’s going to be coming up here to discuss this issue and how they can help, and how putting a filtration system is not that expensive,” she said. “Some places, the only thing they have to do is modifications to the system that they have currently, so it’s not building an entire new system, it’s just making smaller changes.”

Mitchell said her group has asked for the issue to be placed on a Ketchikan City Council agenda. She would like to see the city delay the planned startup for the chloramination facility, so the community can consider options.

Mitchell said many people weren’t aware of the city’s plans, even though the project has been a decade-long process with numerous public hearings, notices and ad campaigns over those 10 years.

“Some people don’t buy the paper, some people don’t have the Internet,” she said. “There’s a huge proportion of the population that was not aware, even if it was advertised. And there are people that just moved up here.”

While waiting for a response from the city, the group is gathering supporters, circulating a petition and demonstrating near Ketchikan’s Plaza mall.

The issue is not on this week’s Ketchikan City Council agenda, but Mitchell said she and others plan to attend Thursday’s meeting to speak during public comment.

Here is a link to the new local group that opposes chloramination: http://saveourwater.blog.com/

And here are links to information on chloramine disinfection, provided by the EPA and City of Ketchikan: