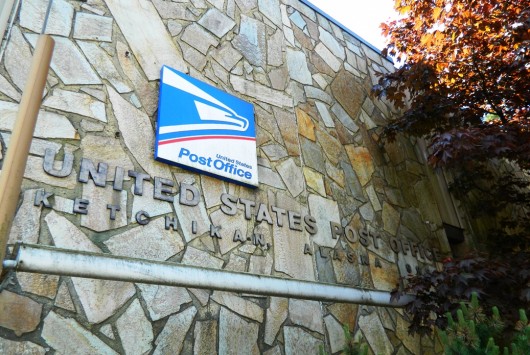 Ketchikan and Prince of Wales Island have been experiencing significant delays in mail recently because a sorting machine at the Ketchikan Post Office is no longer usable, so all mail has been flown to Juneau for processing, even letters that just need to go across town.

In a news teleconference, Begich said Postmaster General Patrick Donohoe agreed to fix that issue, at least in part. Ketchikan won’t get a replacement sorting machine, but Begich said some of the ideas that came out of the meeting include sorting local mail locally.

“What they’ll first do, my guess is, that they’ll split up the way your mail is delivered,” he explained. “Meaning that when you go to the post office to drop an envelope off or a package off, and it’s just being shipped within the community, there will be a separate box delivery system for that, and also for Prince of Wales Island.”

He says the changes should start kicking in Feb. 10.

In addition to the Ketchikan-specific issues, Begich said Donohoe also agreed to roll back a price increase on standard postal rates, which is the new name for parcel post, for rural Alaska.

On top of that, Begich said a bill that just passed out off the Senate Homeland Security and Governmental Affairs Committee would require the Post Office to conduct a study and go through the committee before again trying to raise standard rates.

On Jan. 26, standard rates went up by 50 percent for packages over 50 pounds. Begich said those prices should start dropping back in Alaska within a couple weeks