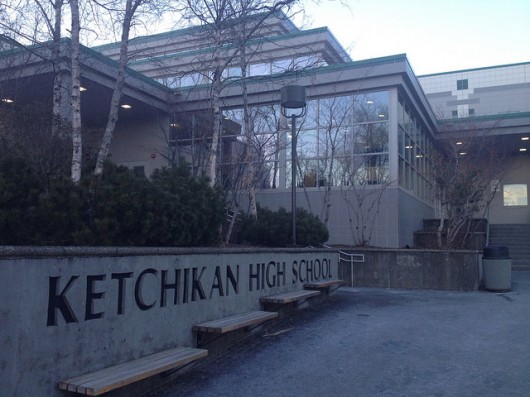 The Ketchikan School Board approved contracts for the superintendent and for an elementary school principal at its Wednesday meeting. Board members also discussed some of their hopes for the fiscal year ‘15 school district budget.

Superintendent Robert Boyle has been with the Ketchikan School District since 2007. At the Wednesday School Board meeting, members voted for him to stick around three more years.

Boyle’s contract starts at about $130,000 a year, which will increase by a couple thousand dollars each year.

The Board also approved a contract for Marian Gonzalez to stay on as principal of Tongass School of Arts and Sciences. Gonzalez has been principal there for four years.

The Board OK’d a long-term substitute teaching contract for Theresa Varnell at Tongass School.

Varnell is one of around seven long-term substitutes to be approved at Ketchikan schools this year.

That’s twice as many as last year, pushing the expenses over what was budgeted. So, the Board was asked to approve a $50,000 transfer to the long-term substitute budget. That transfer was approved, with one dissenting vote from member Trevor Shaw.

The Fiscal Year ‘15 budget is still in the review process. School Board members have had a couple months to think about the budget, and a few of them talked about what they hoped to see added or changed.

Board Member Dave Timmerman says he would like to see more funds allocated for Schoenbar Middle School activities.

“They need new equipment across the board on just about every sport, new uniforms, new volleyball nets, new basketballs…well not necessarily basketballs but there’s a lot of equipment they need,” Timmerman said.

Board member Colleen Scanlon says she would like more discussion on the proposed cuts to the preschool program, which would reduce preschool staff by three teachers.

“I want to have a conversation about this because I don’t support that. I want to know exactly what’s being proposed so that we as a board can make a decision about that budgetary wise, because it’s an important subject,” Scanlon said.

Members of the public can offer their opinions on the budget at the School Board meetings or during public budget hearings on Tuesday, March 25, at 6:30 p.m. and Saturday, March 29, at 2 p.m. at the Ketchikan High School Library.