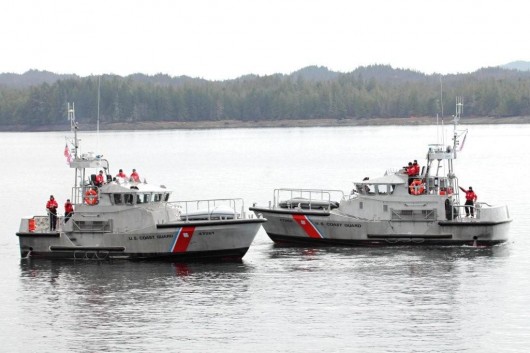 The search for John Anderson, who went missing sometime late Tuesday night and is believed to have fallen off his houseboat, was suspended Wednesday evening, pending further information.

Chris John of the Ketchikan Volunteer Rescue Squad said Thursday morning that searchers covered the area well all day Wednesday. At this point, he says, it’s a matter of waiting for evidence to wash ashore.

John says the local search community will keep an eye on the shoreline. He says all evidence points to Anderson having fallen into the water, and because it was a stormy night on Tuesday, Anderson likely was wearing heavy waterproof clothing. That clothing could delay recovery efforts.

John estimated a few days up to two weeks before the search is resolved.

The search for Anderson began late Tuesday night after his houseboat, built on a barge, grounded on some rocks near The Plaza mall. The houseboat had been anchored next to nearby Pennock Island. Coast Guard personnel who boarded the boat found warm coals on the stove, and hot food inside – indicating that the owner had very recently been on board.

A dog found on the boat was released to Anderson’s friends.