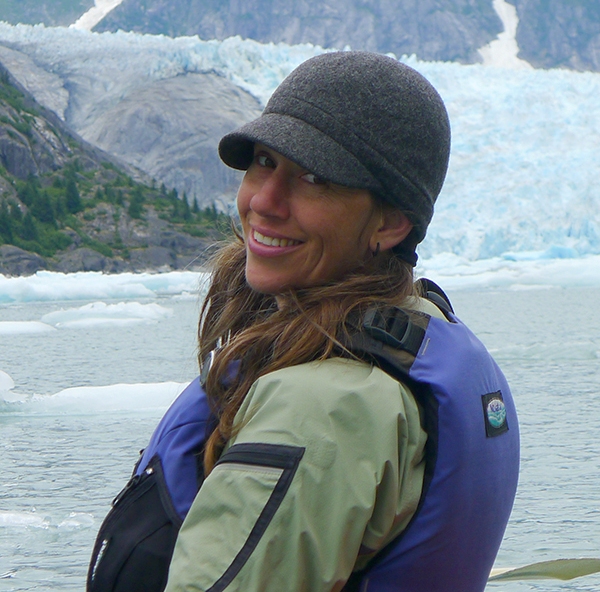 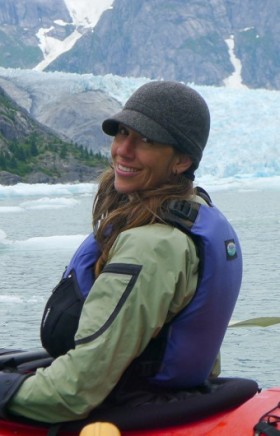 An environmental activist from Oregon is the Southeast Alaska Conservation Council’s new executive director. She’s also worked in the region that’s the focus of the organization.

Malena Marvin says she’s been in love with Southeast since she visited during college.

She interned for watershed protection councils in Haines, Skagway and Yakutat. And she went on to teach Tongass science and policy classes – which were held on the water, in kayaks.

“This last year, teaching my course, I started learning more about the industrial development planned for the cross-border watersheds, such as the Stikine and the Taku. I got pretty concerned about that and started digging into it,” she says. “So when I saw the job with SEACC come up, I saw it as an opportunity for me to weigh in and have a say on that issue.”

Marvin spent the past five years as communications director for an Oregon group called Klamath Riverkeeper. It campaigned to remove major dams on the salmon-producing river.

That’s one of the reasons she got the job.

“I hope that she brings a whole bunch of new tools in terms of how we communicate with our members and the community at large,” says Clay Frick, president of SEACC’s board of directors. “She’s dealt with very complex issues and the Klamath River issues, such as water rights and tribal concerns, she brings that experience to the table.”

The full plan would extend the capital city’s road system north to a terminal serving ferries sailing to Haines and Skagway. But Marvin notes there’s only partial funding.

“The facts are that the Juneau road would not connect Juneau to the road system, which I think a lot of folks don’t understand. It would, in fact, connect it to the Kensington Mine,” she says. “So, we’re looking at a half-billion-dollar subsidy to a private corporation, which really employs a fraction of the people that the fishing and tourism industries do. And those are the industries that depend on the things that the road will destroy.”

That position puts SEACC in conflict with much of Juneau’s business community, its current mayor and the Parnell – and previous – administrations.

The organization, however, has undergone some changes in recent years. It’s tried a collaborative approach to development conflicts, with more negotiations instead of lawsuits.

One example is the Sealaska land-selection bill, where the group worked for – and eventually endorsed – compromise language.

Such stands led some environmentalists to form a separate organization, the Greater Southeast Alaska Conservation Community, or G-SACC.

Marvin’s view is the more, the merrier.

“I look forward to working cooperatively where we can and agreeing to disagree where we can’t, if that’s what it takes. But I’m pretty confident that coming in, I’m opening a bit of a new chapter for SEACC,” Marvin says.

The organization has worked with the villages of Kake, Kasaan and other tribal governments on environmental protection and alternative energy projects.

SEACC continues to fight larger timber sales, and is staunchly opposed by the logging industry. But it also works with small mills, tourism operations and some other regional businesses.

“What makes us a little bit different from some of the larger, national organizations is that we live and work alongside everyone else here. So we see a lot more sides to the story and that’s something we have to juggle and something we have to work out with our friends and neighbors,” Marvin says.

That includes a long-time critic.

“We actually are partnering with SEACC on their food-security efforts,” says Shelly Wright, executive director of the Southeast Conference.

“I think some of the work they are doing is becoming less legal and a little more community driven. But I still believe that they are very supportive of any of the lawsuits that happen within the Tongass of Southeast Alaska,” Wright says.

Marvin says while some issues may have changed, the mission remains the same.

“Most of us don’t have time to hang out in the Legislature all day, or read 30,000-page environmental impact statements,” she says. “And our not-so-glamorous job here at SEACC is to do that on behalf of the public. And then let you guys know when those crucial times are, when your voice can make a crucial difference.”