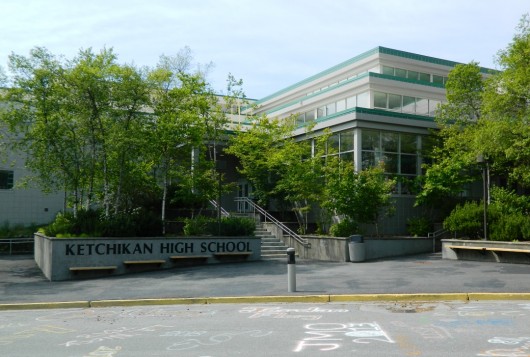 On Monday, the Ketchikan Gateway Borough Assembly will again consider a motion to increase this year’s spending authority for the school district by about $2.4 million.

The motion has been postponed twice because of disagreement over a list of questions submitted by the Assembly. According to a memo from Borough Manager Dan Bockhorst, the questions still haven’t been fully answered, but he recommends approving the request rather than disrupting the school district’s ability to operate.

The main unresolved question centers on an apparent $437,652 disparity between what the district plans to spend and what it expects to receive. In a March 27 written response to the list of questions, school district officials say there isn’t a disparity, if the district’s reserves – unspent funds – are taken into account. The letter also notes that other portions of the budget were not fully spent.

While the School Board is in charge of drafting the school district budget, the Assembly must approve that spending plan.

As with every Assembly meeting, there is time on the agenda for a Board of Education report. The issue likely will come up at that time, as well as during Assembly discussion of the ordinance.

If approved, the school district’s budget for this year will total $44.47 million.

Also Monday, the Assembly will consider a resolution supporting Senate Bill 99. That legislation would authorize bonds to help pay for development costs at the Bokan and Niblack mines, both located on Prince of Wales Island. The Ketchikan City Council recently adopted a similar resolution.

The Borough Assembly meeting starts at 5:30 p.m. in Assembly chambers at the White Cliff building. Public comment will be heard at the start of the meeting.