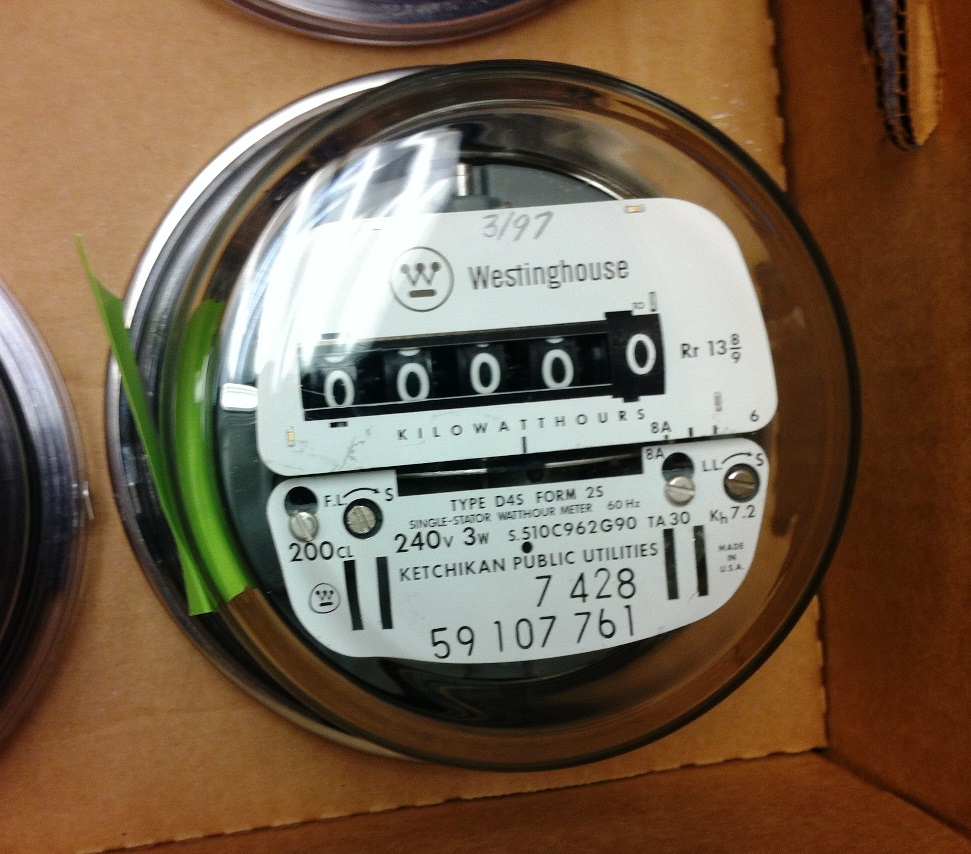 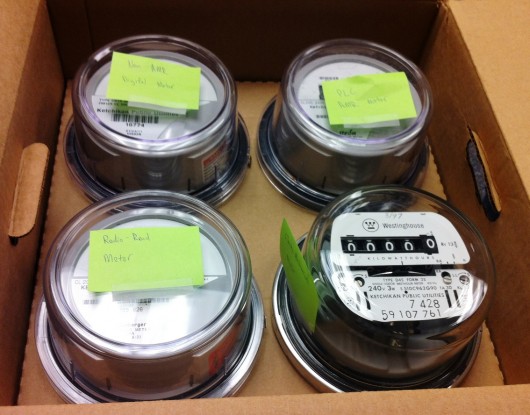 Ketchikan Public Utilities is moving slowly toward a new style of electric meter. But some people are resisting the change. They believe the new meters provide too much personal information, and are potentially harmful to health.

In response to those concerns, the Ketchikan City Council asked Electric Division Manager Andy Donato to give a presentation about electric meters.

Electro-mechanical meters have been used to measure electric use since the late 1800s. They were state-of-the-art technology at that time, but they’re no longer made.

“The problem we have with meters right now is, we don’t have access to newly built electro-mechanical style meters,” Donato said. “All we have left in our inventory is surplus ones: Ones we pull out of service that still test good, and we hang onto them.”

The new kind of meter available now is electronic, which Donato said provides better accuracy, is more reliable, and has lower maintenance costs. Some customers might notice that their electric bills are higher after switching. Donato said that’s because the old-style meters lose accuracy as they age.

“As they wear, and they have typically a 30-year-life, they get higher and higher frictional losses, to the point where they don’t work, or they don’t inventory correctly,” he said. “As a utility company that needs its revenue, it’s important that we have accurate metered service.”

Donato said about one in four or five customers will notice higher bills with the new meters.

He described some of those new meters, which some people have referred to as smart meters. However, “SmartMeters” is a brand name, and those digital electric meters have certain features. Donato said that KPU doesn’t buy SmartMeters.

One of the new meters KPU uses is no-frills, and reads manually like the old-style meters. A second style is the radio-read meter, which allows KPU to read remotely it, from a distance of up to about 100 yards. Donato said that kind of meter is activated only when it’s read, which means a few seconds each month.

“There are folks in the Lower 48 that are really opposed to the Radio-Read style, but particularly the Smart style,” he said. “These don’t have all those frills that do lots of interrogation. The interest or the fear there is RF energy. These, the communication length is about 8 seconds.”

Donato said the RF, or radio frequency, level for that communication is lower than, for example, the natural radio frequency from the Earth, and much lower than the exposure from talking on a cell phone.

A third meter style communicates directly to the utility company through the wires, so it is not read by a meter reader and the power is contained within the wires.

Sometimes, new meters are installed because it’s become challenging to get close to the meter. Some people make the meters inaccessible when they remodel their homes, or enclose a yard. And then there’s the dogs. Laura Huffine reads electric meters for KPU, and attended the Council meeting.

“I love dogs, have a couple of my own,” she said. “I’ve been lucky and never gotten bit, but there are some dogs that act a little different when mom and dad aren’t around. When they enclose their meter in an area where the dog is, it makes it a little difficult for me to get in there and do anything other than have one of these other style of meters where I don’t put myself in jeopardy going in to get the reading.”

Regarding the information collected, Donato stressed that the utility only looks at how much power is used. True SmartMeters can allow a utility to monitor use hourly, and can allow both the utility and customer to manage power by turning off certain appliances, such as water heaters, during peak demand. Donato said KPU’s meters don’t have that ability.

A group called Ketchikan for Meter Choice has formed, and has an online petition asking the local government to not require KPU customers to have the new meters on their homes.

Donato said he understands that some people have concerns.

“Trust me, I’m not here to upset anybody,” he said. “I just want to put the information out there and do what we all decide is best.”

KPU has about 200 surplus old-style meters in the warehouse. And, as long as one is available, Donato said he is willing to work with customers who prefer them. However, Donato said those meters won’t last forever and eventually will have to be switched out.