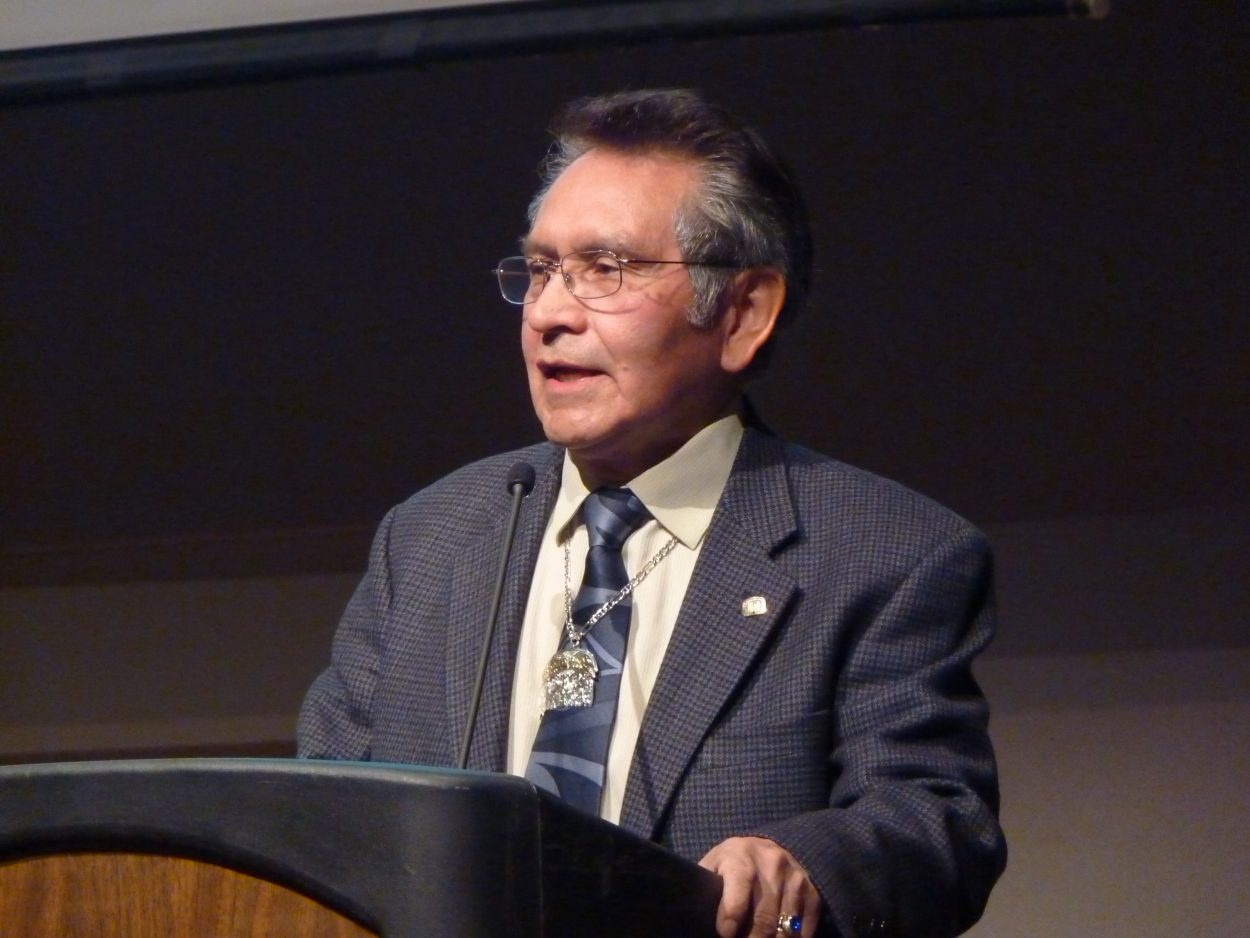 Tlingit-Haida Central Council delegates will make the choice during this week’s tribal assembly in Juneau.

Current President Ed Thomas has been in office for most of the past 30 years. He says the leadership change is a major topic for the meeting.

“I’m no longer going to be president. I’m not running. I’m not a candidate. So getting the next person ready is going to be very important, as well as selecting his support team on the executive council,” Thomas says.

Two of the candidates live in Juneau: William “Ozzie” Sheakley and Harold Houston. Richard Peterson is from Kasaan and Jacob Cabuag is from Seattle.

The Tlingit-Haida Central Council provides education, housing, financial assistance, foster care and other programs to tribal members. It began in 1935.

Delegates from 18 communities are attending the tribal assembly, which runs from April 9th to 12th at Juneau’s Elizabeth Peratrovich Hall. Sessions will be broadcast online via the council’s website.

Before he leaves office, Thomas wants to make a delegate-selection policy change.

He says more and more tribal members are moving to urban areas. The number of seats per community is based on population. And that’s upset the delegate balance.

“If the trends continue, whereby we’re having more urban (delegates), I think we’re going to lose voices from our villages. And they’re the ones that are probably more dependent of what we do than some of the people in the urban areas,” he says.

Thomas says only tribal members with confirmed addresses should be counted. More of those with bad addresses lived in urban areas at the last point of contact.