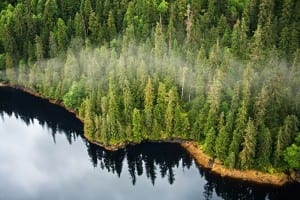 The Legislature has voted to support state plans to take over acreage in the Tongass National Forest.

“Since the U.S. Forest Service is no longer able to provide enough timber in the Tongass National Forest to sustain a viable timber industry in Southeast Alaska, it is time for the governor to intervene,” Stedman wrote in his sponsor statement.

The resolution passed the Senate in March and the House on Friday, April 20, with little opposition.

Senate Concurrent Resolution 2 supports acquiring acreage by negotiation or purchase. The U.S. Forest Service is unlikely to act on the request.

The resolution does not specify the location or amount of Tongass land.

Parnell’s Timber Task Force in 2012 called for the state to manage up to 2 million acres placed in a trust by the federal government.