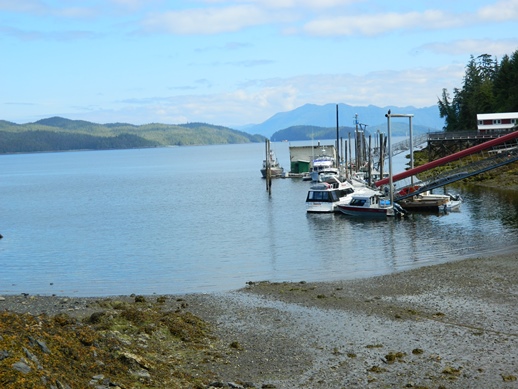 The Ketchikan Gateway Borough Assembly had a long discussion about tidelands leases on Monday, and eventually gave direction to the borough Planning Department to come up with a new method of reviewing and adjusting those leases.

Back in the day, the State of Alaska was in charge of tidelands leases. But over the years, the state transferred tidelands to municipalities. Planning Director Tom Williams said some of the leases the borough holds are 25 years old, and the rent rates have never been adjusted.

That sparked a process. There were assessments, input from leaseholders, staff recommendations, adjustments to the code. It’s all very complex. And it doesn’t appear to be getting less complicated.

Williams told the Assembly that the code now calls for leaseholders to pay 10 percent of the property value, not including improvements. But, some leaseholders thought that was too much. Borough staff looked into how other Southeast communities deal with tidelands leases, and Williams said Sitka had recently lowered its lease rates.

“I contacted the Sitka planning director and got some information on how that transpired, and they were going through the same process we were,” he said. “They were coming up on rent renewals and they found that 10 percent was a deterrent to development in the community, so the planning director proposed a 4.5 percent rate of the market value.”

Williams proposed that Ketchikan do a little better than that, by charging 4.5 percent of the property value, which is lower than market value. Ketchikan borough planning staff offered a few other options for the Assembly to consider, such as the existing 10 percent rate, an 8 percent rate, and a rate that changes based on the prime rate.

The Assembly didn’t seem to like any of those options, though. Assembly Member Glen Thompson said that rent on the tidelands needs to encourage development, and he doesn’t believe the options do that.

“You can invest your money in your property or you can leave it in the bank. If we create a situation through property taxes or tidelands leases where it’s better for them to leave it in the bank or invest somewhere else, then we’re defeating our purposes here,” he said.

Thompson added that each existing tidelands lease should be evaluated individually, taking into consideration its location, the economic value that the leaseholder’s improvements provide to the community and rate shock – in other words, the reaction a leaseholder might have to a rent adjustment after 25 years of no change.

Assembly Member Todd Phillips had a suggestion: “The thing that stands out the most to me is Ketchikan being open for business. At this point, I’m not sure what would work. In my mind, I was thinking maybe we should do a 1 percent, then increase 1 percent a year and cap at 3 (percent).”

Phillips said that kind of program would allow businesses to plan their budgets to accommodate rate increases over time, rather than all at once. There was no Assembly action on Phillips’ suggestion.

Later, Thompson made a motion directing borough staff to bring back a modification to the tidelands lease ordinance that provides for new leases, and details how the borough will address existing leases. He said the original lease rate should be the basis for the borough’s evaluation process, to not punish leaseholders for making improvements.

“When 10-mile was originally put in there, when that lease was developed, there might not have been a road out there, there might not have been power out there,” he said. “Look at Gravina Island, when we had that one we had no power, no roads, no nothing. But when we put a business out there, we put some sort of economic engine out there, it creates the growth and it creates that development. Then we come back 10-20-30 years later and say, ‘Geez, you’ve done such a great job we’re going to penalize you for it.’ I don’t think that’s appropriate.”

Assembly members approved Thompson’s motion, and added that they would like the cost of making improvements to a site considered, as well. Phillips pointed out that some tidelands are costly to develop, and in the long run the community will benefit from those improvements.

The tidelands leases all have reversionary clauses, which means the property will come back to the borough at the close of the lease.

Also Monday, the Assembly voted to move forward with repairs to the Gateway Aquatic Center roof, and to work toward a settlement agreement with the contractor rather than file a lawsuit.