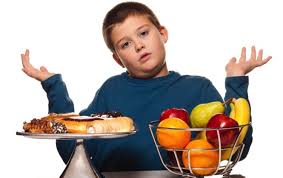 The Ketchikan School Board on Wednesday (April 25th) heard a presentation on the results from a Student Growth Screening Survey. The survey indicates about 42 percent of district students, pre-kindergarten through 9th grade, are either overweight or obese. An additional 6.5 percent of the student population is ranked as severely obese.

Barbara McCarthy is the Ketchikan School District’s Wellness Coordinator. McCarthy says with parental permission, 88 percent of all students enrolled in the Ketchikan School District participated in the survey. Height and weight measurements were taken to determine a student’s BMI or Body Mass Index. McCarthy says BMI measurements are evaluated differently for children than adults.

“In adults it’s a simple ratio or weight to height. For children we have complex growth screen charts. You have to have the age up to the exact month, and that’s why this analysis was done by a statistician at the Department of Health and Social Sciences. It is different for calculating this prevalence for children than it is for adults. It’s a little bit more complex.”

McCarthy acknowledges the use of the BMI is not perfect, but says it is a simple screening tool that is less invasive than other methods.

“It’s been generally accepted to be a fairly good indicator. On individual levels you might have a very athletic student who is very muscular and would have a high BMI even though they would not be overweight or obese. That’s why there’s a letter that will be sent home directly to the parents and it specifically states this is a screening tool, not a diagnosis.”

She says it will be up to parents to decide whether or not to share the information with their children. McCarthy encourages parents with concerns to contact their healthcare provider. She added that the Ketchikan public health center will have a drop-in health clinic May 6th through 9th for those who would like to recheck measurements or seek referrals.

At 28 percent, pre-kindergarten students had the least prevalence of being overweight and obese. Ketchikan 6th graders had the highest rate at 52.9 percent. The percentage of overweight and obese male students was slightly higher than females. Obesity among white students was slightly lower than among American Indian/Alaska Native students. While the home environment may be the greatest influence, McCarthy says school plays an important role.

“Schools are the second most powerful institution when it comes to student health. I agree, families are number one. To move forward in addressing the obesity agenda, families have to be onboard. I think through the wellness program we have had a lot of positive engagement with families, but you cannot ignore the influence that schools have on student health.”

McCarthy says school breakfasts and lunches are the only meals some students get in a day. She says wellness and nutrition policies adopted by the school board can make a difference.

“Consistently studies show that students who eat well, students who are active, perform better academically, they are more likely to go on to higher education, and they have fewer classroom behavior issues. I would urge you to think about the long-term consequences of this policy. Students who are in kindergarten right now, this is going to be important for them for their health and for the funding they are going to receive for schools.”
McCarthy says it will be difficult to change attitudes, and eating habits, but it is critical to establish policies that encourage healthy eating and exercise.

This is the first year the Student Growth Screening is being done district wide. McCarthy says results will provide a baseline that can be used to evaluate the effectiveness of the school wellness and nutrition program over time.