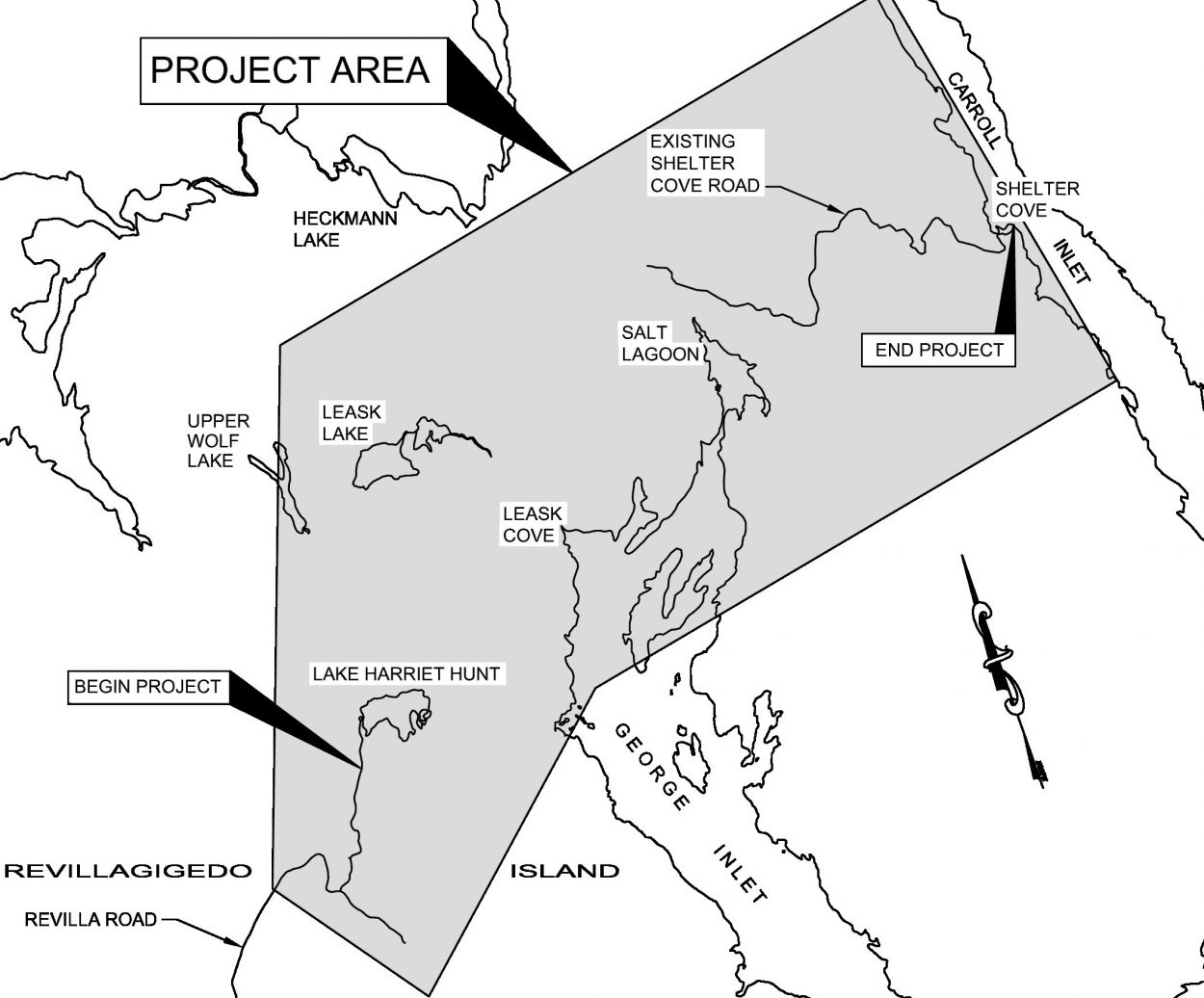 A state Department of Transportation official gave the Ketchikan Gateway Borough Assembly an update Monday on various DOT projects under way in the Ketchikan area. He included an apology for all the potholes drivers have had to deal with on North Tongass Highway.

DOT Southeast Regional Director Al Clough touched on numerous projects during his presentation to the Assembly. He started with the long-planned and slow moving Gravina Access project. Clough said work on that project continues, but there has been another delay.

“I know the schedule had called for having a decision document out on the street this spring. That just plain is not going to happen,” he said. “Right now, the earliest we’ll see a final public review draft would be late summer early fall.”

Clough said DOT needs to firm up the costs related to various options, and work with other agencies to make sure those options are viable.

The project to improve transportation between Ketchikan’s Revilla and Gravina islands has been an ongoing topic for many years. It appeared at one time that a bridge would be built, when a federal earmark was approved.

However, in response to a national backlash against earmarks in 2007, then-Gov. Sarah Palin stopped the project, nicknamed the Bridge to Nowhere, and directed the Department of Transportation to find a cheaper alternative.

Last summer, DOT released its newest study for the project, with two bridge options and four plans for ferries. Ketchikan’s city and borough governments eventually endorsed one of the ferry options, partly because local officials don’t believe the state will ever fund a bridge. There also was concern that a bridge could impede cruise ship traffic.

The highway turned into a bit of a mess when the pavement was removed just prior to several days of heavy rain.

“I apologize to the borough and the citizens that had to put up with that roadway, literally falling to bits underneath the contractor,” he said. “I know that one day that it got all torn up, they were out there before the commute getting it graded, and by the time traffic got on it, it fell apart.”

Clough said the roadway is dried out for now, and is much better. The plan is to start paving next week, and the paving work will be scheduled for nighttime, in order to minimize the effect on traffic.

“It’s headed in the right direction,” Clough said. “I’m sure there will be a few more potholes before it’s all done. But once we get that … surface down, there will be a paved surface for people to deal with. Then we’ll get the top layer on top of that, and get that project done and North Tongass will be where everybody’s wanted it to be.”

Clough also addressed Herring Cove south of city limits, and said he’s pleased to see that new speed limit signs have been installed. The borough and state decided that reducing the speed limit in that area would improve safety during the summer season, when buses take tourists out there to view wildlife.

Clough said he is willing to support the borough in its efforts to plan better infrastructure in that area, but he doesn’t believe DOT funding would be available for any pedestrian bridge. Clough said that state cruise passenger head tax funds would be a more likely source.

Clough also talked about the planned Shelter Cove Road. He said S&S Construction has been hired to resurface White River Road, which is the first component of the project. That work should start this summer, and while that takes place, the state will continue negotiations with other landowners along the route, including the state Mental Health Land Trust.

“We are trading paper back and forth with the trust to acquire the easement through their property,” Clough said. “We just sent a response to their response to our response. It just takes time.”

Clough said his office also is working with the Army Corp of Engineers, the U.S. Forest Service and the federal Department of Natural Resources on planning and permits for the road.

When complete, the Shelter Cove Road will connect the main road system in Ketchikan to Shelter Cove in Carroll Inlet.

In addition to hearing Clough’s presentation, the Assembly decided to temporarily change the term of office for borough mayor from three years to two.

The change was proposed by the borough clerk. It’s meant to help even out the rotation of open seats on the ballot. So, this coming fall, whoever is elected mayor now will serve a two-year term. But after those two years are complete, the mayor’s term of office will return to three-years.