Will Meyers Chuck get a new dock? 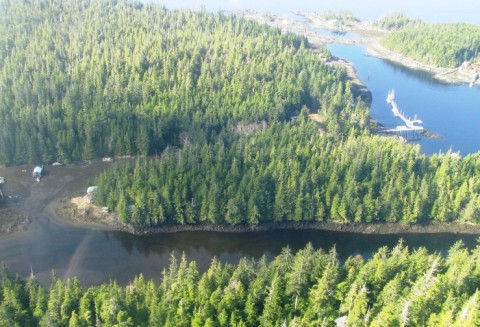 A dock and float-plane site between Wrangell and Ketchikan could be on track to be rebuilt.

The Meyers Chuck dock is on the Cleveland Peninsula off Clarence Strait. The small, unincorporated community is part of the Wrangell Borough.

The dock is owned by the state, which wants to give it to the borough.

“It’s had a lot of maintenance done to it to keep it going. But it’s near or at the end of its serviceable life,” Eagle says.

Eagle says the state has offered $1.4 million if Wrangell agrees to take it over.

He says that looks like enough to completely rebuild the facility.

“There’s a 375-foot-long dock that had ties on both side that’s used by residents of Meyers Chuck and is used quite heavily in the summer by transients. And then there’s also an airplane float that’s incorporated into that for the float plane traffic,” Eagle says.

Eagle expects the Port Commission to make a decision at its June meeting.

The state Department of Transportation has been trying to give the dock away for at least five years. Wrangell leaders turned down one offer when an estimate showed replacement could cost up to $3 million.

Eagle says the latest estimate is closer to $1 million.