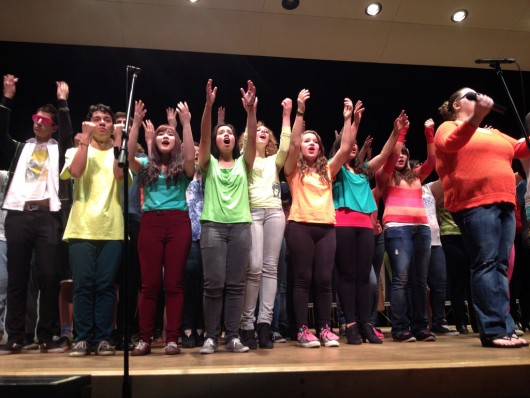 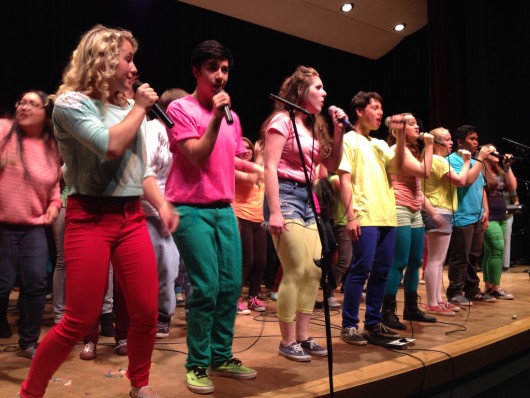 The “King-Off” was a mock “reality TV” singing contest.

Ketchikan High School choir students showed off their voices in the second annual “King-Off” Thursday night. It wasn’t your average end of the year performance. This was a mock reality TV contest. Teams “competed” against each other in front of four judges.

Listen to some of the performances here:

This was the moment so many of these aspiring young singers have been waiting for: the chance to compete on a reality TV singing contest.

“Tonight you will hear from several musical ensembles who have clawed and scratched their way through the rigorous audition process as they compete to be known as the sovereign rulers of song,” announcer Stuart Whyte said.

Around 70 students filled the stage and sang the opening number – “Radioactive” by Imagine Dragons. Here, they sang like one unified group. But soon, they would turn against each other to vie for the title. 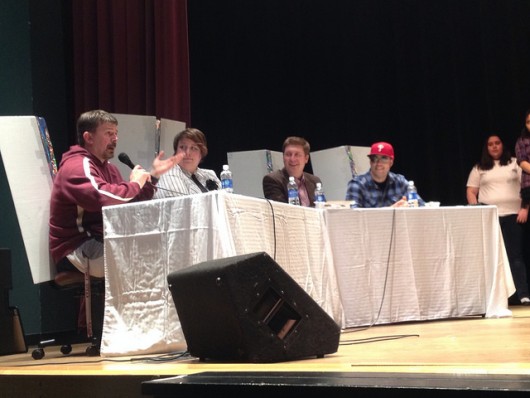 Choir teacher Trina Purcell introduced the judges. They were Kayhi teachers Terri Whyte, Eric Stockhausen, and Michael Cron, and Ketchikan police detective Derek McGarrigan. You could sense the tension between the judges.

“Of course…whoever’s on my team will win,” Whyte said.

Each judge was to pick a group of singers to train for the rest of the competition. The first performance was from an all-boy group with “We Will Rock You.”

Now, the way this works: all of the judges have their chairs turned so their backs are facing the singers. If a judge decides that they like what they hear, they’ll turn around, showing that they want to coach that team. 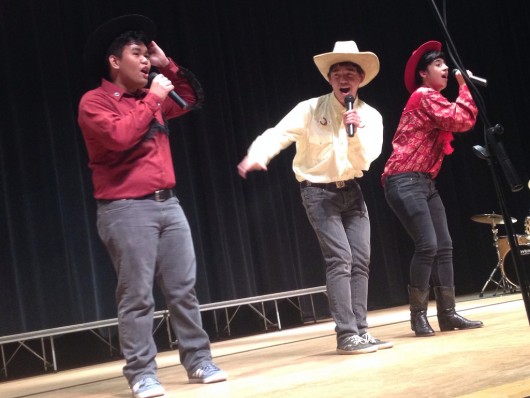 By the end of “We Will Rock You,” three of the judges had turned their chairs. Then, the singers got to choose who they want to train them.

The next team was a girl group. They performed Katy Perry’s “Roar.” Complete with one singer dressed in a lion costume.

They chose Whyte as their coach.

Next, a trio calling themselves the Droopy Britches Boys with “Man of Constant Sorrow.”

They went with McGarrigan as their coach. 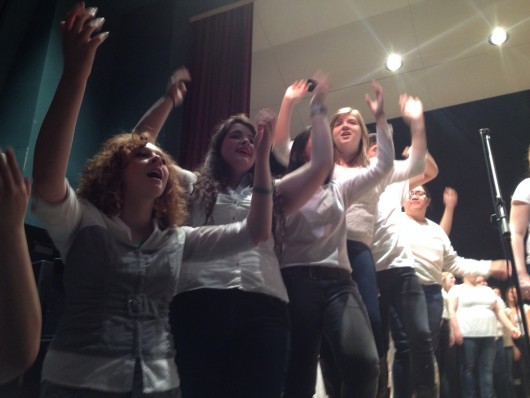 Students sang everything from Katy Perry to Journey.

The final group is five girls singing “Down in the River.”

They ended up with Cron.

Then, a ten minute intermission. And it’s the season finale. Things have changed a bit. The judges combined their teams into different groups. They sing some Christina Perri, Taylor Swift, and Journey. 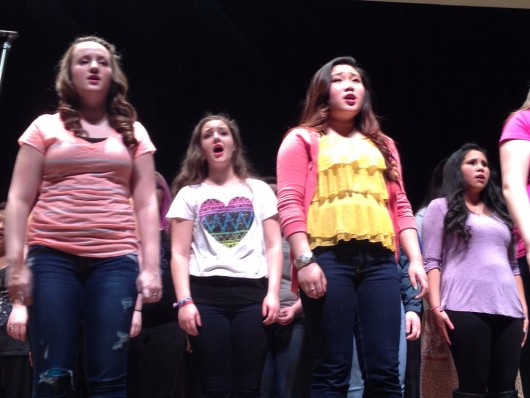 A group of girls sing “Jar of Hearts” by Christina Perri.

The ensemble performances are great, but then there’s this heartfelt duet with students Micah and Mark singing “Say Something.”

It seems impossible to choose a winner, but the judges do it. They choose the five-girl group that sang “Down in the River.” The winners of the King-Off.

“I would say that the real winners tonight are the family members and friends of all these great students,” Eric Stockhausen said.

And at the end, something unbelievable happened. All of the singers who had been wrapped up in such a tense competition came together on the stage for one last song, together.

All of the students sang together in one of the final performances.