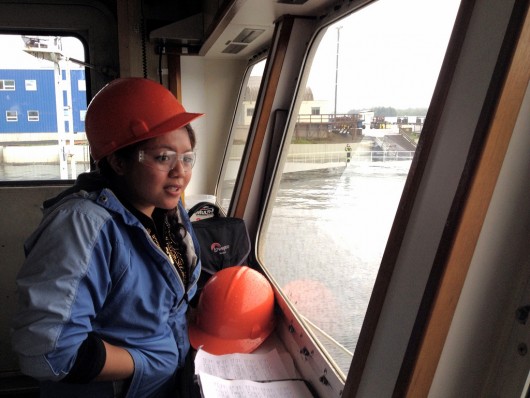 Kaila Del Rosario, 17, is one of three high school students participating in a new job training program at Vigor shipyard.

There have been some young faces in recent weeks at the Ketchikan shipyard. This spring, Vigor Industrial started a new job training course for high schoolers. Three Ketchikan High School students have stuck with the program. For one of them, working at the shipyard has given her hope for the future that she never had before.

Kaila Del Rosario is looking through the window of an observation deck at the shipyard. She watches as workers slowly reel an Alaska Marine Highway ferry onto the dry dock for maintenance.

Right now, Del Rosario  is here as an observer. In about a year, she’ll probably be here as an employee.

“That’s the plan so far and I’m just going along with it and I find it really, really cool and exciting,” Del Rosario said.

Del Rosario is 17 years old, a high school junior. Her interest in a career at the shipyard started when she signed up for welding at Kayhi, because she wanted to have a class with her best friend.

“When that class started, I actually started liking welding and I started getting really good at it,” Del Rosario said. “My hands were steady. And I did research on how it’s a good skill and a job and it pays well. Cause I kinda live on my own. I moved out when I was 16.”

Del Rosario was born in the Phillipines. She was raised by her aunt and uncle, who moved to Ketchikan when she was 5 years old. She says she was always pretty independent — she started working at 14 and paid for some of her own expenses. When she was 16, her aunt and uncle agreed to let her live on her own. Del Rosario says it helped her take responsibility.

“When I was with my auntie and uncle, I was like I don’t have to worry about this, I was more interested in hanging out with my friends,” she said. “Something about paying bills and getting school done kind of did the trick for me to mature up.”

Del Rosario says when she was younger, she would skip out on school to drink or smoke with her friends. When she started living on her own, she focused more on school and her part-time job at a tour company. But she didn’t really have a plan for the future.

“When I was younger, freshman year, I didn’t really care about a lot of things, all of a sudden bam this happened,” Del Rosario said. “And I didn’t really know what to do with myself after high school, and now this is happening, and it’s just like I’m gonna take this opportunity and go for it.” 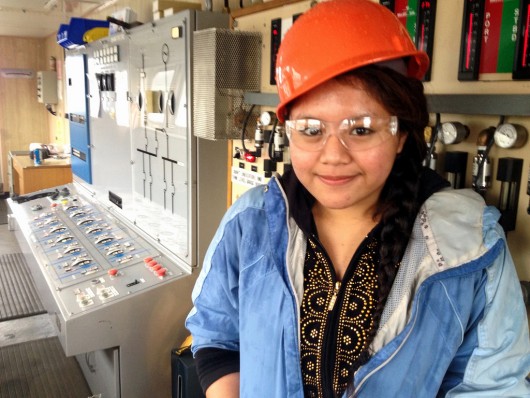 Kaila Del Rosario is planning to work at the Vigor Industrial shipyard in Ketchikan after graduating high school.

Let’s talk more about that “bam this happened moment.” Del Rosario signed up for welding and loved it. Then, she went to a career day at the shipyard last October. There, she talked to Doug Ward, who works in Business Development at Vigor. She told him about her interest in welding and said she’d like to learn more about working at the shipyard.

“She certainly was the one…we just kept thinking about her,” Ward said. “What can we do to get high school kids into the workplace and get them exposed to all of the shipbuilding processes that we do down here.”

Del Rosario’s interest is one of the reasons the shipyard put this 8-week program together. Here’s the way it works: the high school students come to the shipyard for two hours, two days a week. And they actually get paid $10 an hour. Each week, they shadow someone in a different department. 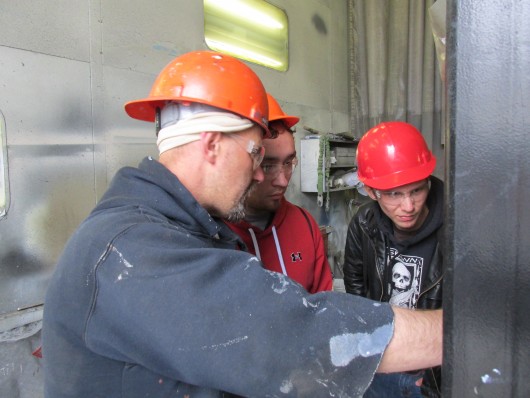 David McLavey and Stone Reily are the other two students in the shipyard program. Here, they learn about a painting machine.

“That was beauty of the program, it would show us the shipyard and all the different departments so we could find out what we’re interested in,” said Stone Reily, one of the other Kayhi students in the program.

“My plan was welding and so far it’s welding,” Del Rosario said. “But I do feel like I want to do different kind of departments, like I actually am interested in mechanic now.”

Del Rosario is planning on taking a math class and auto shop at Kayhi next year — two courses she wouldn’t have been interested in before. And then next May, when she graduates?

“I mean I can’t think of anything why we wouldn’t want to hire someone who is so focused so young in life and knows what she wants to do,” Ward said.

Vigor is hoping to find more people like Del Rosario. They plan to continue the work experience program next year.