Murkowski’s chief of staff tells the good and bad 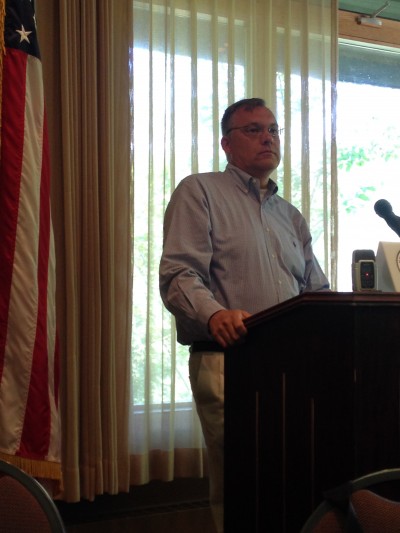 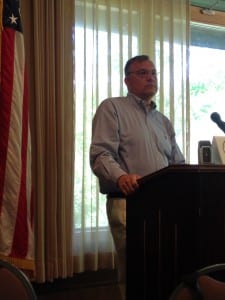 (CORRECTION: The story incorrectly indicated that Murkowski would be chair of the Indian Affairs Committee.  She would be the ranking Republican.  The story has been corrected)

US Senator Lisa Murkowski’s chief of staff, Edward Hild, gave an update on what is happening in Washington DC and fielded questions during the Ketchikan Chamber of Commerce luncheon last Wednesday.

If Senate Republicans are not successful and remain in the minority, Hild says Murkowski will become the ranking Republican on the Indian Affairs Committee.

Hild thanked the chamber audience for the opportunity to speak. He says visiting Alaska serves as a reality check.

“Back in DC, often times we get caught up in the issue of the day. You get emails saying ‘Breaking News’ about this, that and the other. You get so wrapped around the axel of what’s going on inside the beltway, and that’s really not what’s important to Alaskans. (Coming to Alaska) you just get out and you meet people, and you hear what they’re thinking, and doing, and what their concerns are.”

Hild says, on a positive note, Senate appropriations bills are starting to move again with bipartisan support. He says the one of the bills approved is the agriculture appropriations bill which includes an amendment by Murkowski requiring genetically engineered salmon to be labeled as such.

Other positives include a decision by the US 9th Circuit Court of Appeals to exempt the Tongass National Forest from the roadless rule, and the decision to base additional Coast Guard cutters in Ketchikan.

He then spoke of the challenges the Senate is facing. Hild says because of bipartisan discord, few bills have passed. He says one reason is the polarity in the Senate. Another is the inability of Senators to introduce bill amendments.

“That’s a basic function of what a Senator does. Frankly, a lot of times with a bill, what’s good for Alabama is not good for Alaska. So a Senator, like Senator Murkowski or Senator Begich or any senator, they need the opportunity to offer an amendment.”

He says amendments are often needed to correct oversight problems.

Hild was asked about timber receipt funds that help pay for education, and whether payments in lieu of taxes, or PILT dollars would be available in the future.

He says there are a number of Senators outside of Alaska that understand the importance of the program.

“The days of large, large budgets simply aren’t possible anymore. So it has to be taken with a bit of reality. The current budget climate doesn’t afford for what used to be in a lot of the budgets.”

Hild says funds are allocated and cannot be easily moved to other programs.

Hild was also asked if Murkowski could work with Joe Miller should Miller win the Republican nomination for US Senate and defeat Democrat Mark Begich.
“It’s a very small institution in that there’s only 100 senators, two from each state. By nature of the senate, you work together.and I’ll leave it at that.”

Miller won the Republican nomination in the 2010 primary, but was defeated by Murkowski in the general election after a successful write-in campaign.