OceansAlaska grant money not carried over 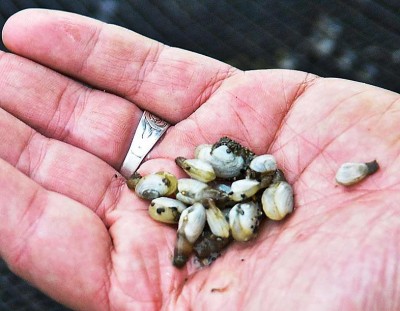 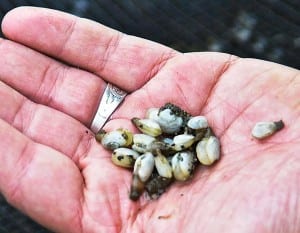 The Ketchikan Gateway Borough Assembly on Monday approved a $50 million Fiscal Year 2015 budget, but not before more than 3 hours of discussion and numerous amendments. One of the amendments put a hold on moving unspent grant money allocated to OceansAlaska into the FY15 budget.

OceansAlaska Marine Science Center produces shellfish seed for the mariculture industry. When the Assembly initially provided grant funding several years ago, it was with the understanding the center’s emphasis would be on research and tourism. The current board of directors is made up mostly of shellfish growers, and the non-profit organization’s focus changed to economic development of the shellfish industry.

The Assembly awarded OceansAlaska a $388,000 operations grant and $50,000 for design of a land-based facility. The money was to be issued in two installments and used within two years. $144,000 in unspent grant funding from the first installment was left over in FY14 and the assembly discussed moving that money into the FY15 budget.
Assembly Member Todd Phillips says he does not support the carryover and thinks the money could be better spent.

“I still don’t feel good about it. If we’re going to throw money into something that’s been tried and true, then we should probably look at (funding) the oyster farmers who are producing, and maybe throw money their way.”

The Assembly could not, as point of order, decide different use for the funds but could vote on whether or not to carry over funding to the next fiscal year.

Assembly Member Mike Painter says he did not support funding the project from the start. He says he is not pleased with responses he’s received from OceansAlaska.

“I have to say that I’m rather disappointed in the responses I have received from the questions, whether in writing or at the podium. This is a substantial amount of money, and the podium was empty tonight.”

“I’m hoping that we can create these jobs. It would be wonderful, but I don’t see the end result of this. It seems to be a greater distance away, than when I first voted for this and frankly I’m starting to waver as to my support for the organization. I hope and I want them to succeed, but I just don’t see the sun rising at that point. I’m hoping for them to do something.”

Assembly member Bill Rotecki says progress is being made and believes the funds should be carried over.

He says the state rather than Ketchikan should have provided the money in the first place.

“But, I’ve got to tell you, everybody took notice. The borough did this, then, the state economic development director under Commissioner Susan Bell, he providing funds and expertise. Those things happen because of what this borough did.”

“Their funding sources have dried up. This $144,000 that we’ve got in our budget is probably the only money they’ve got going forward. If it’s not going to work and they don’t have a plan to make it work, then we’re throwing good money after bad. If on the other hand they have a chance of making this work and they have a plan, they need to tell us what it is.”

Thompson suggested deferring the item to allow OceansAlaska to respond.

The assembly ultimately voted 3-4 against moving the $144,000 into next year’s budget with Rotecki and assembly members Agnes Moran and Jim Van Horn voting in favor of the transfer. Bailey, Painter, Phillips and Thompson voted against the motion. The assembly will bring the issue up at a future meeting, allowing representatives from OceansAlaska to speak about their projects and the direction the organization is taking.

The assembly’s next meeting is on June 16th.