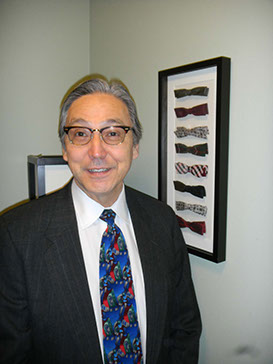 The Sealaska regional Native corporation has a new board member and a new board chairman.

Joseph Nelson was named by the board as chairman. He replaces Albert Kookesh, who remains on the panel but stepped down from the post.

Results were announced at the end of the corporation’s annual meeting at the DoubleTree Hotel near the Seattle-Tacoma airport. About 6,000 of Sealaska’s 21,600 shareholders live in the Pacific Northwest.

New board member Soboleff was part of an independent slate called 4 Shareholders for Sealaska. Fellow members Carlton Smith, Margaret Nelson and Karen Taug were not elected.

Though he was the only one to win, Soboleff says the slate’s message was powerful.

“Most of the board members I’ve spoken to know shareholders are interested in very positive changes in the company. They and me are in the leadership and we have to figure it out together,” he says.

The slate, and most of the six other independent candidates, criticized the board for allowing corporate operations to run into the red by about $57 million last year.

“I would say central to what we came forward with was a turnaround plan for the company,” Soboleff says.

The slate’s Smith was enthusiastic about the results, even if he and two other members lost.

“It’s a powerful victory for shareholders today and it’s a change that’s been wanting to be implemented,” Smith says. “What we’ve got is the beginnings of a brand new board.”

He says the slate cast all its discretionary votes for Soboleff to make sure one member won.

“If today’s meeting isn’t proof of change, I don’t know what is,” he said in a press release. “We’ve heard from many people about what is expected of Sealaska, and the great news is that these are the things we’re already working on.”

It’s unusual for Sealaska to have an open board seat. Retiring members usually resign before an election and the board appoints a replacement who then runs as an incumbent.

This year, board member Byron Mallott announced he would not seek re-election so he could pursue his Democratic run for governor. But he completed his term rather than resigning. That guaranteed someone new would fill the seat.

Board candidate Mick Beasley, who authored the measure, says he’s frustrated, but would likely try again. He said he may also pursue a term-limits measure, as he has done before.

He was not optimistic about the election’s results.

In all, 13 candidates ran for four board seats this year.

Longtime incumbent Thomas was the top vote-getter, followed by incumbents Edenshaw and Worl. Challenger Soboleff won the fourth seat with the next-highest count.

The voting share counts are below. Each shareholder casts a vote per share and most own at least 100 shares.