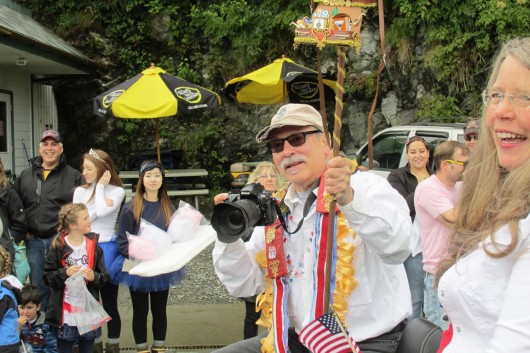 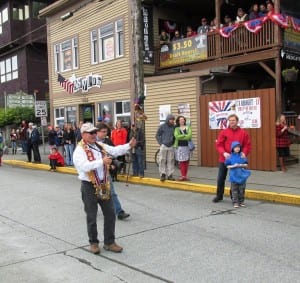 Grand Marshall Hall Anderson got out of the Fourth of July parade’s lead car to wave at bystanders near Ketchikan’s downtown tunnel.

Anderson first arrived in Ketchikan in 1977, when he came up from Oregon to visit for a couple of weeks. He came back in 1983, and filled in as a relief photographer a couple of times at the Ketchikan Daily News before then-editor Heidi Ekstrand hired him in 1984 as the full-time staff photographer.

Anderson sat down with KRBD’s Leila Kheiry to talk about the past 30 years, and what his plans are for the future. Here is a portion of their conversation.

Anderson also is a longtime on-air volunteer DJ for KRBD. 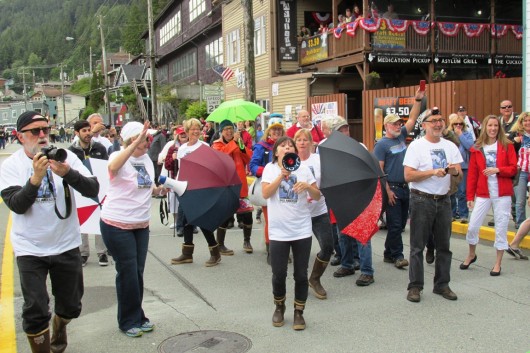