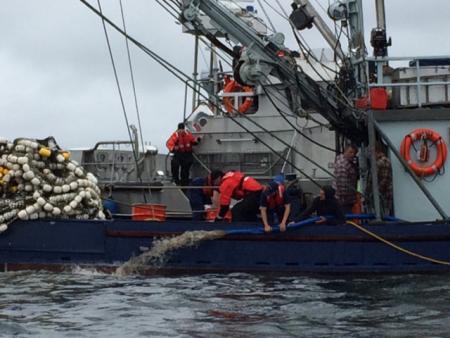 A six-person seiner taking on water near Ketchikan Friday morning was helped out by U.S. Coast Guard personnel, and escorted back to port.

According to the Coast Guard, a call for help was received from the F/V Vernon, reporting about a foot of water in the engine room. Coast Guard Sector Juneau issued a marine information broadcast, and deployed two rescue boats from Station Ketchikan.

The cause of the flooding is under investigation.