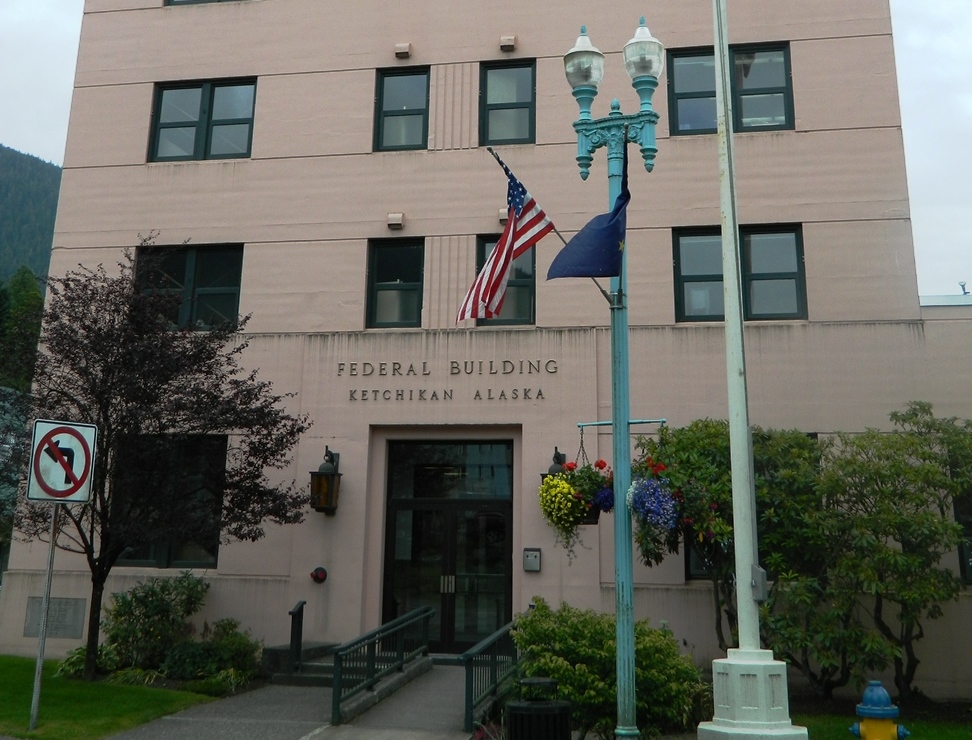 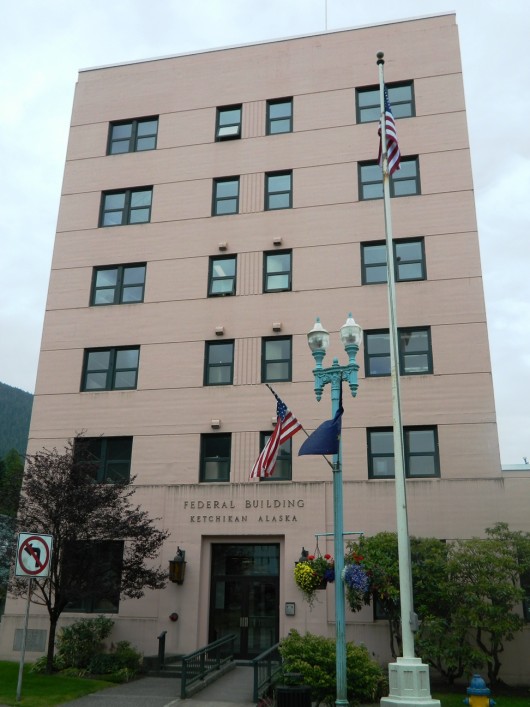 The Federal Building in Ketchikan, referred to by locals as “the pink building,” has been involved in an energy pilot project for the past couple of years. As a result, the General Services Administration, which owns the building, has decided that biomass is a viable alternative, and officials are looking into installing new boilers in other GSA-owned buildings nationwide.

“What we did learn is, indeed, biomass boilers are a good fit and a viable alternative for federal facilities for heating those buildings with hot water, primarily when natural gas is unavailable,” she said.

The study shows that biomass is most effective for buildings in a northern, cold climate, within about 50 miles of a wood pellet mill. And Ketchikan is home to a wood-pellet producer.

The biomass boiler at the pink building was paired with a high-efficiency oil-fired boiler for back-up. Those two boilers replaced a 1964-era, oil-fired steam heat system. Kenitzer said there was an immediate reduction in fuel oil use, but not so much in costs.

“In FY’12, we were able to cut our fuel purchase and fuel use in half,” she said. “We did, of course, have to supplement our fuel purchase with wood pellet purchase, so you’re not going to see a direct cost savings yet. Over time, you may see those kinds of results.”

Kenitzer said that saving money wasn’t really the goal of the pilot project. They just wanted to see whether the system worked, and could be used elsewhere. Sustainability is a bigger goal, with hoped-for lower costs later on.

“Ultimately, the point to push toward a biomass system is for sustainable reasons, and hopefully cost-effective solutions, as well,” she said. “Wood pellets are cheaper, so ultimately if we can move to that, that would be of benefit to the GSA, and ultimately the taxpayers.”

Biomass boilers burn wood pellets as a fuel source, rather than oil. Because wood is a renewable resource, biomass is touted as a more ecologically friendly energy choice.

But, Larry Edwards of the Sitka-based Greenpeace Alaska field office said that other technology could have provided even more benefit to everyone.

“Particularly here in Southeast, where we have renewable hydropower, they should also be looking at heat pumps and underground thermal energy storage,” he said.

Edwards said heat pumps run by hydroelectric power is something he’d like to see tested in Southeast Alaska.

“These methods will end up in lower greenhouse gas emissions in the long run, and also be more economical to run and be totally renewable,” he said.

Kenitzer said the study of Ketchikan’s pilot project looked into other GSA-owned buildings, to find any that could convert to biomass.

“We have identified 150 facilities where this technology would be beneficial and useful, but we’ve not made plans to actually deploy the technology in those facilities,” she said.

That’s about 10 percent of the GSA’s buildings nationwide, from Vermont to Washington. There’s also a handful in Alaska, in addition to Ketchikan’s Federal Building.

Kenitzer said each of those buildings will have to be studied now individually, to see whether installing new biomass boilers makes sense.

Other public facilities in Ketchikan are moving toward biomass as an option. The city-owned library already uses a pellet-fired boiler, and the borough is looking into biomass heat as an option for the high school and the airport.