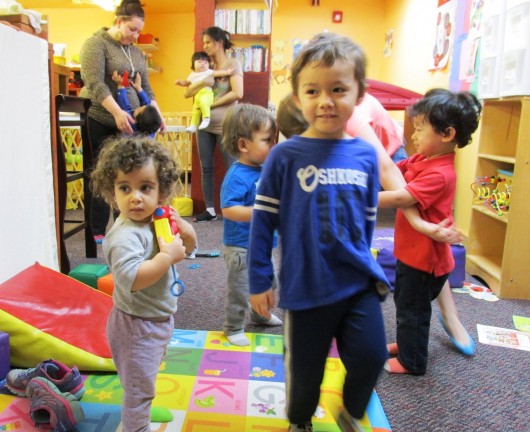 Mention daycare to pretty much any parent in Southeast Alaska, and you’ll get an earful. It’s never been easy to find daycare in the region, but just recently, it’s gotten much worse.

Breanna Delaney is a single mom, so she has to work to support herself and her daughter. Delaney works an irregular schedule as a waitress, and she’s in desperate need of reliable day care, so she can keep her job.

But there’s no space available. Delaney has signed up for waiting lists, but “they all say they’re full until September.”

So, what are her options in the meantime? Delaney has a few relatives in town, then there are random friends who have kids and agree to babysit. But that doesn’t always work out.

“There’s been so many problems with that, because they will tell me oh yes, I can watch her. Then super late at night, they say, ‘Oh sorry, forgot I had an appointment tomorrow, so can’t watch her,’” she said

Delaney isn’t alone. Daycare in the region has always been problematic, but it’s hit a breaking point.

“We’re calling it the child-care crisis in Southeast Alaska, and that’s because it’s the worst that it’s been in about a decade,” said Jessica Mills Clark, the Ketchikan-based liaison for the Association for the Education of Young Children.

On the association’s website, the home page is pretty much dedicated to helping parents who are scrambling to find daycare.

That’s just in Ketchikan. The shortage affects parents throughout Southeast. According to a 2013 report by Juneau-based Sheinberg Associates, the number of kids in the Capital City under the age of 6 was close to 2,500, and only 550 of those were in licensed child care.

Clark said there isn’t a single reason for the shortage.

“I call it a perfect storm, because it’s a couple of different variables,” she said. “It’s not just one thing that you can point to and say, ‘This is the problem.’”

One known issue is that fewer landlords allow tenants to run daycares. So, if someone 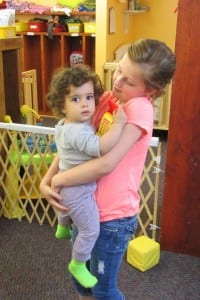 wants to open one up, they have to own their own home.

“And then licensing standards are getting tighter, so it’s a combination of things,” Clark said. “Licensing isn’t my strength. I don’t know the ins and outs of licensing, but I do know that they’re just looking at things a little bit closer. And maybe their interpretation of the standards that are on the books make it seem tighter.”

That has been Kim Stacy’s experience. She owns First City Kid Care, a child care center. Stacy said her frustration over licensing regulations is why she’s thinking about getting out of the business.

“I’ve been a licensed provider since 1995, and everything has gone great until these last couple of years,” she said.

The biggest issue, Stacy said, is a requirement that a larger center like hers must have someone with a child development associate certificate on site. Previously, she said, the state just wanted someone who works there to have a certificate; they didn’t have to be physically there all the time.

Stacy has the certification, and one of her employees just finished the training. But, Stacy’s gotten in trouble for that regulation a couple of times in the past year. The second time, Stacy was at the hospital, so her employee was the only one at the center with the qualification.

“She had run across the street for me to pay a bill, and they came in,” Stacy said. “She was actually only gone for four minutes, and I got charged $500.”

Judie Klemmetson is the region’s state licensing supervisor for the Juneau-based Child Care Program Office. She said that particular regulation has been enforced for quite a while throughout the state, and noted that violations don’t immediately result in a fine.

“It depends on how many times they’re repeated,” Klemmetson said. “We would start with a warning, and then eventually progress to a fine if necessary.”

Klemmetson said that her office works with child care providers to help them comply with all the regulations.

“Because we want them to be successful,” she said. “That’s part of our job.”

There are an unknown number of unlicensed daycare operations, and AEYC’s Jessica Clark worries about the kids in places that nobody’s checking up on. But the shortage has forced that choice on some parents.

“They’re making tough choices about: ‘I still need to work, I can’t make a choice about that, so I’m going to settle for a place that maybe I don’t feel great about, but I feel OK,’” Clark said.

Adrienne O’Brien is one of the lucky working parents who has good, licensed daycare for her 2-year-old daughter. But it wasn’t easy to find. In fact, she describes it as the most stressful part of having a baby. Now she’s expecting her second child.

“And I’m already kind of stressed out about it,” O’Brien said. “The center where Ava is has a preference for siblings. So it’s really likely there’ll be a spot, but nothing is guaranteed, and if it doesn’t work out, I don’t know what I’ll do, because there’s really nothing.”

O’Brien won’t need that second daycare spot until February, but if she finds an opening in the meantime, she’s not letting it get away.

Other parents are doing the same thing, because this daycare crisis likely will continue for a while. Jessica Clark hopes that more people in Southeast Alaska will open up child care businesses, and those that do are pretty much guaranteed to fill up right away.

For information about how to become a child care provider, plus details about assistance programs for providers and parents, visit http://www.aeyc-sea.org/