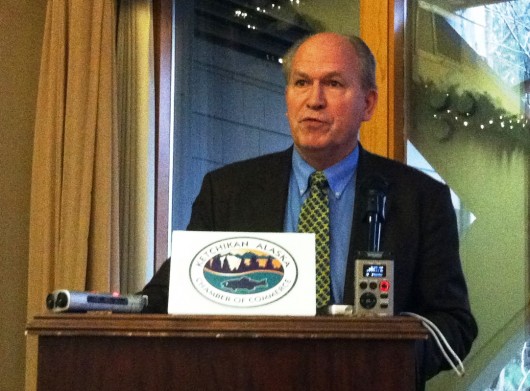 Gubernatorial hopeful Bill Walker visited Ketchikan Friday and Saturday as part of his campaign for governor. He stopped by KRBD to talk about various issues, from oil taxes, Medicaid expansion and marijuana to Hobo Jim. The conversation started with his decision to run as an independent, rather than as a Republican.

Here is a portion of the interview:

Walker was here for Ketchikan’s popular Blueberry Arts Festival. As a nonpartisan candidate, Walker’s name will appear on the November ballot. He will face the winners of the upcoming August 19 primary.