Tribal groups disagree about BC mine projects 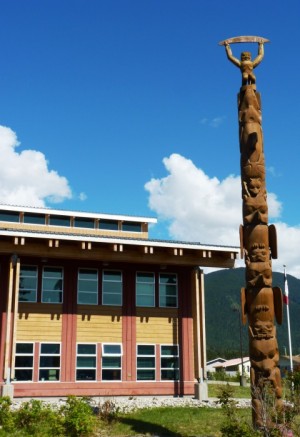 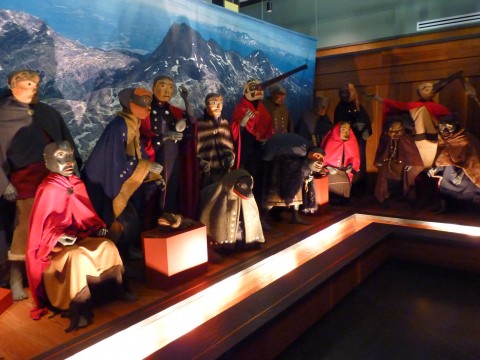 Some Alaska tribal organizations say Aug. 4’s dam break at a British Columbia mine shows what could happen at proposed near-border mines. But some B.C. tribal governments strongly support development. 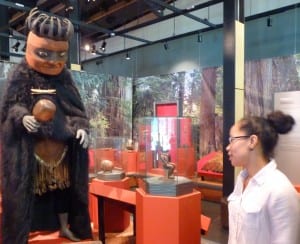 Kerry Small explains what’s in a display case in northwest British Columbia’s Nisga’a Museum. It’s a gleaming, glass-fronted building in a wide valley about 20 miles from the Alaska border.

The valley surrounds the Nass River, home to the Nisga’a Nation and its tribal government, which is at the forefront of Canada’s aboriginal rights movement.

“The bottom’s laid with fern and you cook it down, and that’s how create the grease. And this is oolichan grease. It’s like liquid gold. It’s one of the most valuable items still to this day,” she says.

“The oolichan has been called the survival fish because it’s a very important part of our cycle of food that we get in abundance,” says  Kevin McKay, executive chairman of the Nisga’a Government’s legislature..

He says the Nisga’a people depend on the health of the Nass River to keep the oolichan coming, as well as salmon.

But they also need jobs.

That’s one of the reasons the tribal government signed an agreement this summer pledging support for the Sulpherrets-Mitchell Mine, under development to the north.

“What we told our citizens … (is) we have taken every measure and every opportunity to mitigate those environmental impacts throughout the life of the project,” he says.

KSM will store its tailings — ground up rock leftover from ore processing — behind dams within the Naas River watershed.

The Nisga’a Lisims Government Building is the home of the Canadian First Nation’s government. Leaders say their environmental concerns have been answered by the developer of the KSM Mine. (Ed Schoenfeld, CoastAlaska News)

“We had some concerns with the original design they had presented throughout the course of our negotiations,” he says.

McKay says those changes will cost the developer a couple hundred million dollars. KSM says changes made to address aboriginal concerns bring the amount to $500 million.

“Now I dare say, without that significant move by the proponent, it may not have been possible for the parties to reach a mutual agreement.”

“There are no 100 percent guarantees. We go into this with our eyes wide open,” he says.

The mine faces objections on this side of the border.

All the groups say the KSM and other near-border mines could threaten the Unuk, the Stikine or the Taku rivers, which flow from Canada into Alaska.

“We live in a very seismic area of the world and one of the big concerns about the KSM is the scale,” he says.

And it’s not just when the mines are running. Sanderson and other critics worry about the decades – or centuries – after they close, when tailings dam fail.

“If they get up to capacity and production and we have a catastrophic event, that pretty much puts southern Southeast into a dead zone,” he says.

Those objections won the backing of the Washington, D.C.-based National Congress of American Indians this summer. It’s the nation’s largest Native organization. It’s urging Congress, the White House, and the State Department to push Canadian officials to increase environmental scrutiny.

But the KSM’s environmental-protection plans are close to approval. And, the Red Chris Mine, owned by the same company that had the dam collapse, is already extracting ore within the Stikine River watershed. 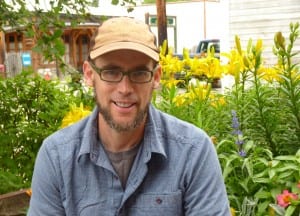 Another tribal government, the Gitanyow Hereditary Chiefs, had opposed the project, but signed an agreement this summer.

“What we’re concerned about is the tailings facility that does drain into Gitanyow territory,” says Fish and Wildlife Biologist Kevin Koch, who works for the Gitanyow Fisheries Authority, a branch of that government.

He says mining’s impacts may not be immediately obvious.

“When some metal or element of some kind is released into water, it might not directly kill fish, but it might impair some part of their physiology or behavior. They might lose their ability to avoid predators, that sort of thing,” he says.

It might also hurt salmon’s sense of smell, which makes it hard to find their spawning grounds.

The Gitanyow’s KSM agreement is not a full endorsement. Rather, it sets some rules and guarantees the tribal government is part of environmental monitoring.

“For Gitanyow to feel that their territory’s protected, they need to be directly involved. They need to have people on the ground taking part in the work, analyzing the work, reporting directly to the chiefs rather than government or industry just reporting annually,” Koch says, speaking as a biologist, not as a tribal representative.

Mine proponents say that’s part of the assessment process required by government regulators.

“The guiding principal behind the design of the KSM project was the protection of the downstream environments,” he says.

Other mine projects concerning tribal groups are Galore Creek and Schaft Creek, in the Stikine River watershed, and Tulsequah Chief, near the Taku River.