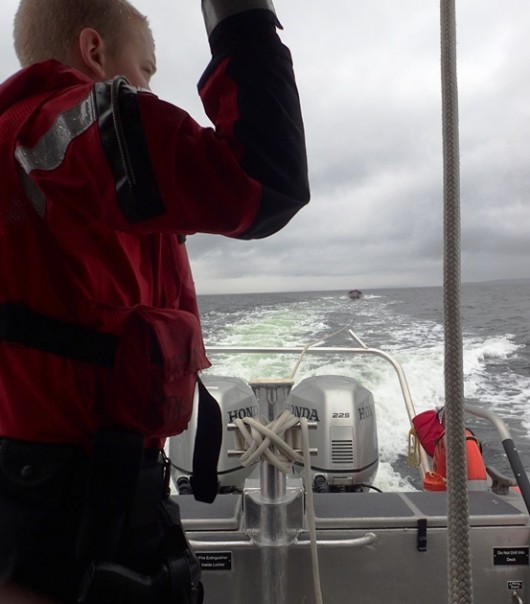 According to the Coast Guard, the Ketchikan Police Department got the first call from the boaters, reporting that their vessel had been swamped by waves and was disabled. Police contacted the Coast Guard, which sent out a response boat.

The crew transferred the boaters to the Coast Guard vessel and towed the disabled vessel to Knudson Cove.

The Coast Guard reports that the boaters did not have a radio or GPS on board. They were able to get a weak cell phone signal, though, which is how they contacted police.