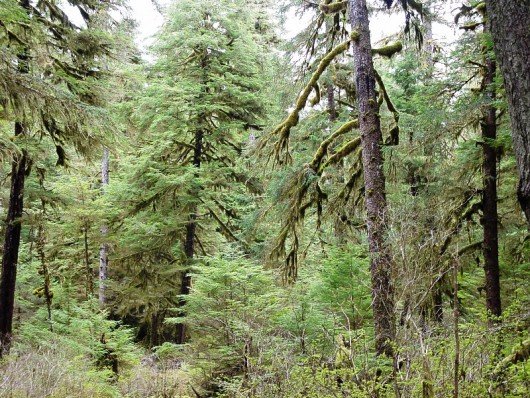 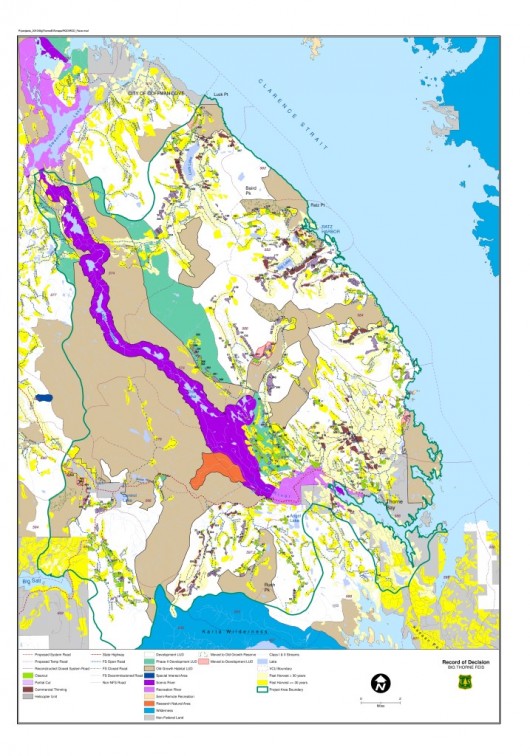 The plaintiffs are Cascadia Wildlands, the Greater Southeast Alaska Conservation Community, Greenpeace, Center for Biological Diversity and The Boat Company.

The lawsuit cites a declining wolf population on POW, and states that the planned harvest of about 6,000 acres of old-growth rainforest would further injure wolves.

Larry Edwards of the Sitka Greenpeace office said the lawsuit focuses on what he calls the suppression of science in the Forest Service’s review of the timber project, “in not following through on formal declarations by wolf expert Dr. Dave Person whose done 22 years of research here on these wolves, in not following up on that and doing a supplemental EIS.”

The Forest Service released a Supplemental Information Report, or SIR, on the Big Thorne project last week. Tongass National Forest Supervisor Forrest Cole writes that he did consider Dave Person’s research for the SIR, and concluded that a Supplemental Environmental Impact Statement was not needed.

Cole acknowledges concerns about the wolf population, but writes that hunting and trapping regulations and enforcement would be the best protection for wolves.

Edwards takes issue with that argument.

“It’s not just people going out and hunting under Fish and Game regulations, there’s also a lot of illegal take of wolves,” he said. “And that illegal take is related to the very high density of logging roads on the island.”

The proposed Big Thorne harvest would include up to 46 miles of new roads, and the opening or reconstruction of about 37 miles of road.

Another concern in the lawsuit is deer habitat. Edwards said it all works together.

“You have a dynamic here between wolves and deer and hunters and it’s all got to fit together somehow,” he said. “And it worked for a long, long time but due to the habitat loss and the added complexity of access that enables the illegal take of wolves from all the logging roads, it’s really upset that whole system.”

Another lawsuit seeking to stop the Big Thorne project was filed earlier by Earthjustice, representing the Juneau-based Southeast Alaska Conservation Council. That lawsuit also cites the potential negative impacts on deer and wolves.

Forest Service officials haven’t returned messages seeking comment on the court complaints. But, in an interview right after the Supplemental Information Report was released, Cole said he expected the SIR would generate lawsuits.