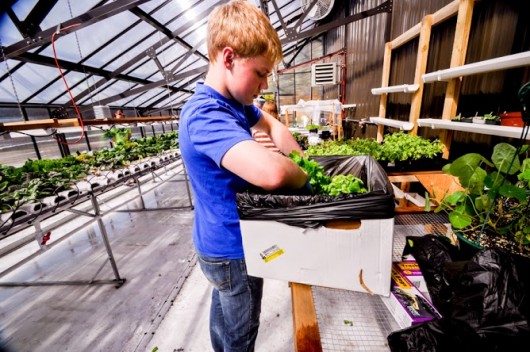 There are no restaurants in the approximately 500-person town of Thorne Bay on Prince of Wales Island. But that looks like it’s going to change.

The Southeast Island School District, which serves Thorne Bay and several other rural schools, is buying a vacant restaurant from the city. They’re going to use food from school greenhouses and a bakery to provide fresh meals for residents and business experience for students.

It will be called the Thorne Bay Café.

The Southeast Island School District hired Susan Powell, a restaurant manager from Oregon, to take charge of the café. She listed some of the entree possibilities:

“Carnitas tacos, ‘cause we have the great tortillas from Coffman Cove. Maybe a taco salad, you know, some Mexican things. A barbeque pork sandwich. A Philly cheese steak or chicken cheese steak. A couple different kinds of soup every day ‘cause we’re going into winter”

She’s still working on the menu. But she plans to use produce from four school greenhouses. And she’ll get bread and tortillas from a small bakery run by the Coffman Cove school.

“I think the main goal is to support the schools and promote their products and to have student involvement,” Powell said.

Megan Fitzpatrick is Thorne Bay’s 7th through 12th grade teacher. She said this restaurant is one more fruit to spring from the labor and success of the student-run greenhouse. The school district starting operating the hydroponic greenhouse in Thorne Bay in February.

“We decided to split the class and run [the greenhouse] like a company. We broke the 20 kids into five or six different departments,” Fitzpatrick said.

The departments included construction, business, horticulture, and purchasing and ordering. Fitzpatrick says the students were evaluated on their “youth employ-ability” skills, like work ethic and showing up on time.

“[We were ] pushing it home that we’re running a business here and it takes the whole group to keep the business running,” Fitzpatrick said. 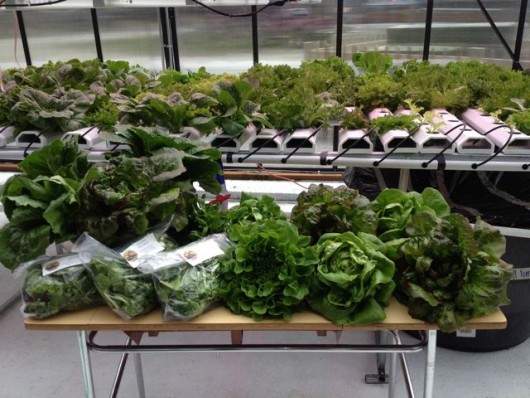 They grew mostly lettuce – butter lettuce, red leaf, romaine. And they sold it to the school lunch program and local grocery stores. The greenhouse was so successful that the school district is planning to build three more in Naukati, Kasaan and Coffman Cove.

So what happened to the Thorne Bay operation after the school year ended?

“There were a few kids that were really into it,” Fitzpatrick said. “They worked all summer long. They independently kept the greenhouse running.”

The idea to revitalize a vacant restaurant and connect it with the greenhouse came from the students and from Superintendent Lauren Burch.

“I think the restaurant might’ve originally come from Mr. Burch but then the kids sort of morphed it so that they can grow the products for it and have a place to sell their products,” Fitzpatrick said.

The restaurant used to be in Coffman Cove. Thorne Bay City Administrator Wayne Benner says Thorne Bay bought it and moved it in 2012.

“The goal was try to generate some economic development,” Benner said. “Try to get some jobs going in the city of Thorne Bay.”

Since then, two operators have leased the restaurant. But both cancelled their leases after less than a year. The city put out a request for proposals again. And the school district was the only bidder.

“The City Council approved going into negotiations with the school district,” Benner said.

The school district doesn’t want to lease the restaurant, but buy it. The council has to do one more reading of the plan to sell, and then they’ll negotiate an agreement.

Fitzpatrick says the students like the idea of a café, not just because it’ll expand their greenhouse business.

“They wanted to have café where they go and do homework after school,” she said. “A place to kind of hang out but also get a snack and some food.”

Along with the café, the students also want to set up a little shop near the restaurant to sell their goods.

Another new development — four schools are getting into the chicken business. So the café will have local eggs.

She plans to set up a Facebook page where people can check on the day’s menu.

Powell thinks if all goes well, Thorne Bay Café could be open in mid-November.