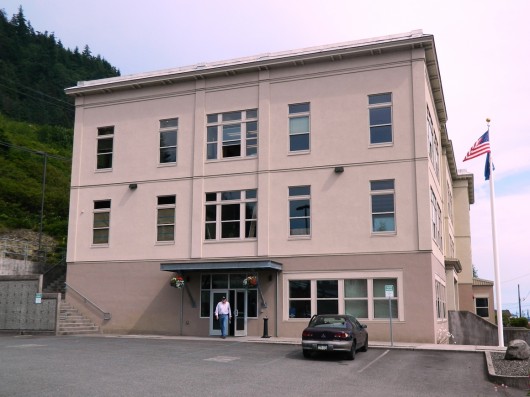 Three familiar faces were elected to the Ketchikan Gateway Borough Assembly Tuesday. Incumbents Mike Painter and Glen Thompson will return to their seats, and former Borough Assembly Member John Harrington will take the seat that Agnes Moran is vacating.

Moran couldn’t run for re-election because of term limits.

With three candidates running for three seats, the race was, well, as Harrington put it, “It’s been very boring.”

He said he would have liked a little challenge.

“What I enjoy about the campaign is all the question and answer sessions, and listening to the newcomers or the people who aren’t in office and trying to figure out where everybody fits in the grand scheme of things,” he said.

Harrington said he was already familiar with Thompson and Painter’s views.

The other two candidates also said they would have liked to have seen more interest in the Borough Assembly race.

Thompson and Painter each are about to start their second consecutive terms. Because of the Assembly’s term limits, they won’t be able to run for re-election again without first taking a break. Painter said his goal during the next three years is to maintain the borough’s current path.

“First and foremost would be to maintain the status quo, education funding, a good working relationship with the School Board. That’s about the most of it,” he said.

Thompson also said that he wants to stay the course.

Harrington says he likely won’t run for elected office again after this stint. What he hopes to accomplish is to keep a quality borough administration when Borough Manager Dan Bockhorst retires. While Bockhorst hasn’t given a firm date, Harrington noted that the borough manager has said he plans to retire relatively soon.

The unofficial results Tuesday night show Painter with the most votes, at 1,260; Harrington next with1,239 and Glen Thompson in third with 1,212.

The Borough Assembly has a special meeting scheduled for 5:30 p.m. Monday to certify election results. An organizational meeting for the Assembly will immediately follow.