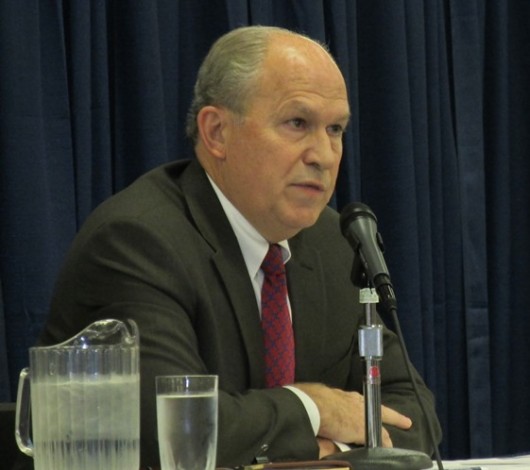 Gubernatorial candidate Bill Walker was in Ketchikan recently for the governors debate hosted by the Ketchikan Daily News. While here, he also attended a meet-and-greet with his running mate, Byron Mallot, including a town-hall style meeting.

Walker, who ran previously for governor as a Republican, is running this time as a nonpartisan candidate. Mallot was the Democratic Party’s pick for governor, but the two decided to join efforts after this summer’s primary. They’re now referred to as the Unity Ticket.

Walker stopped by KRBD during his visit to Ketchikan, and talked about the race with Leila Kheiry. Here is a portion of their conversation.

The conversation also included the state’s deficit, Walker’s plan for a natural gas line, and the Ketchikan Gateway Borough’s lawsuit against the state. To listen to the entire 20-minute interview, click the audio file below.