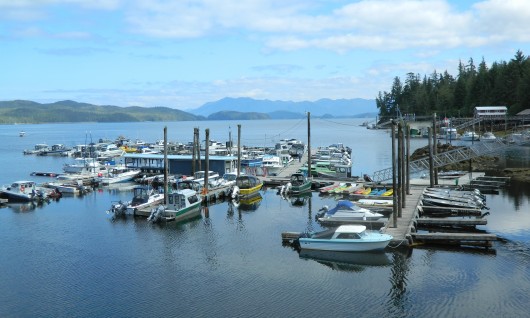 Sportfishing remains strong throughout the United States, according to the NOAA 2013 Fisheries of the U.S. Report.

The National Oceanic and Atmospheric Administration released its annual Fisheries of the U.S. Report this week, which states that commercial seafood landings and value increased throughout the United States in 2013.

As it has for the past 17 years, Alaska’s Dutch Harbor led the nation with the most seafood landed. The weight topped 750 million pounds last year, with a value of $197 million. Most of that seafood was from the region’s Pollock fishery.

But New Bedford, Massachusetts, still has the highest valued catch. Its 130 million pounds of seafood in 2013 was valued at $397 million. That’s because the port is home to a highly valued sea scallop fishery, according to NOAA.

Alaska as a whole clearly led the nation in commercial seafood landings, netting about 5.8 billion pounds out of the 9.9 billion caught nationwide.

A table of U.S. commercial landings put Ketchikan in 12th place for the pounds landed: about 144 million pounds; and in 11th place for the value of that seafood: about $76 million.

The report also states that recreational fishing remains strong, and aquaculture production continues to steadily increase. It also found that Americans on average eat about 14 pounds of seafood annually.