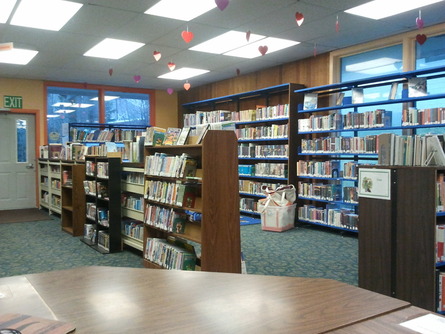 For the second year in a row, the City of Craig Public Library has made it onto the Library Journal’s list of top libraries nationwide.

“Star Libraries” are chosen for the list based on patron use, circulation of library materials, technology that’s available for the public to use, and program participation. It’s also based on budget – how much a library has to spend and what it’s able do to with that money.

“It came out that Craig, for the second year, is a pretty good value for the money,” said Craig Library Director Amy Marshall.

She noted that her library serves more than just the community of Craig, which has a population of about 1,200. She estimated that the library has about 3,700 patrons from all over Prince of Wales Island.

Making the Star Libraries list is a big deal in the library world, and Marshall said she knew Craig was going to be on it, but she wasn’t allowed to tell.

“This wasn’t a surprise and I’ve been dying for about two months because I’ve wanted to say something but I couldn’t because they said, ‘Shh. Don’t say anything until the list comes out,’” she said. “That was torture.”

Marshall said placement on the list is meaningful for her and her staff. It shows that they’re doing something right.

Alaska has eight libraries on the list. New York State has the most, with 36, and about a dozen states had no Star Libraries at all.

The other Alaska Star Libraries are in Delta Junction, Unalaska, Haines, Petersburg, Homer, Seward and Healy.