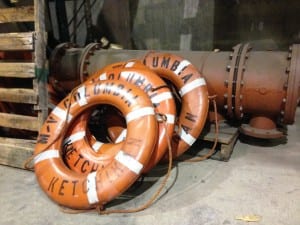 New rules announced earlier this month would have required anyone under 18 to travel with an adult. Chaperoned youth groups, such as school sports teams, were to be exempted.

“We did receive several comments from Alaskan residents who had a strong reaction, that the policy timing was going to be a burden on families. It was going to create difficulties during the holiday season,” he says.

Woodrow says changes may be made to the new rules before they’re re-released. But they will still increase restrictions on traveling minors.

Current rules allow 16- and 17-year-olds to take the ferry on their own. Those 12 to 15 need a note from a parent or guardian. And kids under 12 must travel with an adult, but it could be anyone.

The proposed new rules say all under 18 need to be with a parent, legal guardian or have notarized authorization from a parent or guardian.

Woodrow says ferry employees do not have time to oversee children and teenagers.

“We’re trying to stress to folks that if you don’t have to put your child on the ferry unaccompanied, we prefer you to not go that route,” he says.

He says the ferry system will give the public more notice of rule changes when they’re reintroduced.

In the meantime, the ferry system has an unaccompanied minor form posted online.