POW moves ahead with borough charter, but… 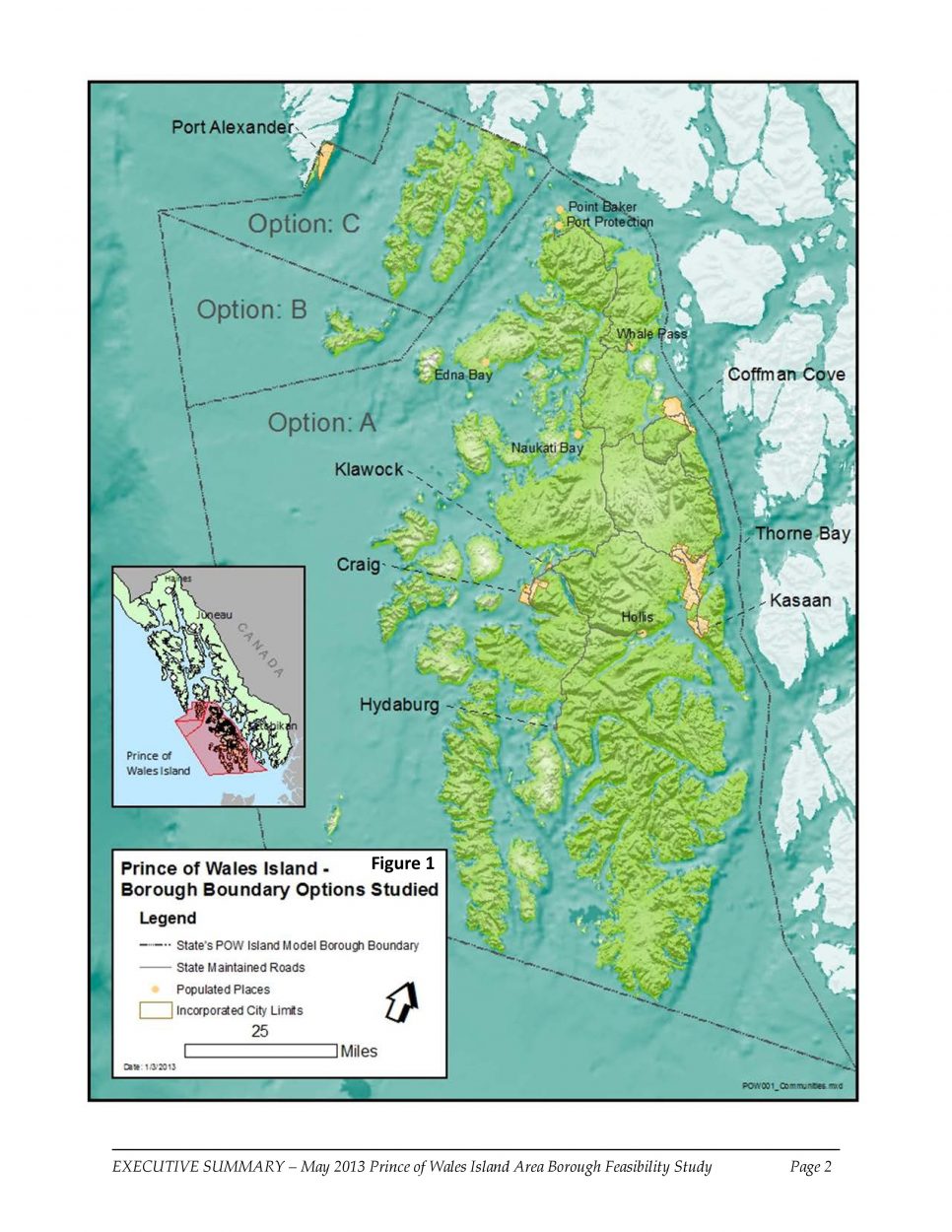 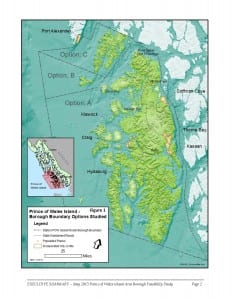 Prince of Wales Island is not part of an organized borough, but there’s an effort underway to possibly change that. A charter committee formed by the POW Community Advisory Council has been working toward a borough formation charter for nearly two years, and has a draft charter, which it’s refining in hopes of completing the document by the start of 2015.

That doesn’t mean the island communities will send in an application to the state Local Boundary Commission at that time – and maybe not ever.

Jon Bolling is the Craig city manager, and chairs the POW Community Advisory Council, also called POWCAC. He said that the borough charter document is a way for Prince of Wales Island to see what a borough might look like, if the communities ever decided to take that step.

“I don’t know when it would follow that the charter would be submitted to the LBC with an application,” he said. “That may not happen for a very long time. We’re doing groundwork now and getting ready to submit when the need becomes apparent. I don’t know that anybody over here is ready to submit a completed application right now.”

The draft charter so far calls for a borough assembly with nine members from two different districts on the island, all serving three-year staggered terms. A mayor would be elected separately, and would serve two-year terms.

Bolling said the potential boundaries of the POW borough still are under discussion.

“What we’ve talked about so far has always included all of Prince of Wales,” he said. “The discussion typically includes the islands to the west, as well. Again, that hasn’t been finalized yet.”

Bolling said some communities have said they’re not interested in joining a borough.

“Port Protection and Point Baker have commented in the past that they’d just as soon not be included in any proposed borough boundaries,” he said.

Those two towns are at the northern tip of POW.

Bolling said some Port Alexander residents also expressed concern. That community is on another island at the far northwest corner of the model borough boundary, and one boundary option does exclude them.

Other communities that likely would be included in the proposed borough would be Whale Pass, Edna Bay, Naukati Bay, Coffman Cove, Thorne Bay, Kasaan, Hollis, Klawock, Craig and Hydaburg.

So, are any of those gung-ho to form a borough?

“Gung-ho is not the word I’d use to describe it,” Bolling said. “But there is general and sincere interest in weighing the pros and cons of this, which is what our work at POWCAC has been all about.”

A huge part of forming a borough is figuring out the finances for the proposed new government.

In spring of 2013, POWCAC received a feasibility study from Sheinberg Associates, which included suggested tax options, such as property tax, sales tax, a fish box tax, a timber tax and a mining tax. The study estimated that the new borough’s operating expenses would range from $2.5 to $4.7 million per year.

“And it really depends on the range of services that the folks on POW might want, should a borough eventually form,” Bolling said.

Some of the new borough’s costs would be offset by state and federal revenue sharing and payments in lieu of taxes. Other money sources are not yet established in the draft charter.

One of the primary responsibilities of a borough is education. A proposed POW school district would consolidate the four school districts now operating on the Island – City of Craig, City of Klawock, City of Hydaburg and the Southeast Island School District, or SISD, which serves smaller communities on or near the big island.

And what if some of those smaller communities end up outside of the borough boundaries?

“If that comes to pass, it’s just (that) SISD gets smaller,” Bolling said.

Bolling said the charter committee plans to meet again in December to make additions and changes to the document. He hopes to have a completed version of the charter for POWCAC to consider by January.