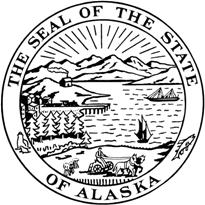 Delores Churchill has been reappointed to the Alaska Native Language Preservation and Advisory Council. She serves on the council as a professional language expert.

Churchill is a master weaver who teaches basketry at the University of Alaska Southeast. She is one of the few remaining speakers of the Haida language, and is a teacher and cultural leader with the Ketchikan Indian Community.

Tomi Marsh of Ketchikan was appointed to a harvester seat on the Alaska Seafood Marketing Institute Board of Directors. ASMI is a public-private partnership between the state and the seafood industry.

Marsh has been commercial fishing since 1981 and has owned and operated the F/V Salvage since 1990. She has fished crab in the Bering Sea and Pribolofs, long-lined in the Aleutians and Gulf of Alaska, and now tenders salmon and various dive fisheries.

Marsh also is president of OceansAlaska, and serves on ASMI’s Shellfish Committee.