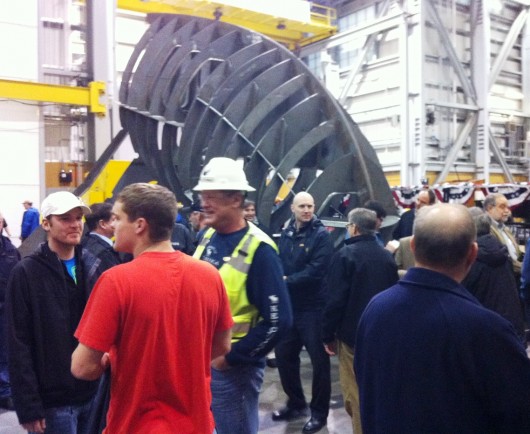 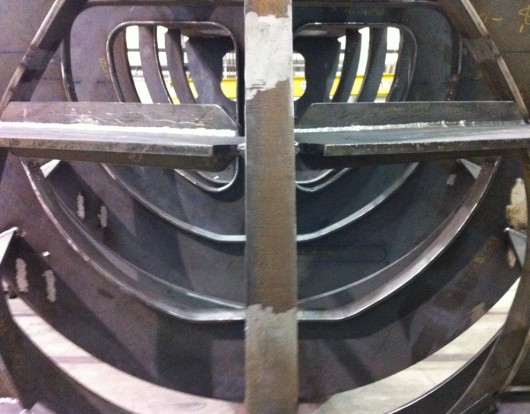 A view of the interior of one of the Alaska Class Ferry keels.

A keel is the spine of a ship; It’s the basic foundation around which a new ship is built, so a 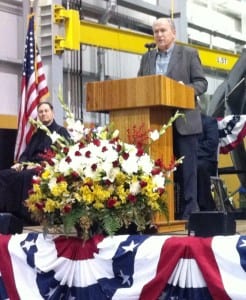 keel’s completion is significant in that new ship’s life. On Saturday, Ketchikan celebrated the laying of the keels for Alaska’s two new ferries, which will be built at Ketchikan’s Vigor Alaska shipyard.

Gov. Bill Walker attended the event, as did his wife, Donna. They joined local officials, Vigor representatives and a big crowd of Ketchikan residents.

KRBD’s Leila Kheiry attended the event, and prepared the audio postcard below. 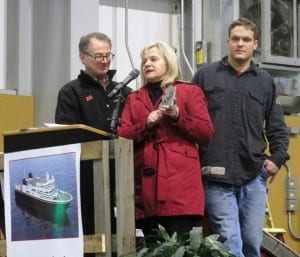 First Lady Donna Walker displays the metal plate bearing her initials. The plate will be welded to the keel of one of the new Alaska Class ferries. Also pictured are Doug Ward, left, and Eugene Doyon, who welded Walker’s initials onto the metal plate.

The initials of Mrs. Walker and Mrs. Mallott were welded onto metal plates in the shape of the State of Alaska. Those plates will be permanently welded onto to the keels.

Ketchikan residents chat with shipyard workers after the keel-laying ceremony. One of the keels is seen in the background. 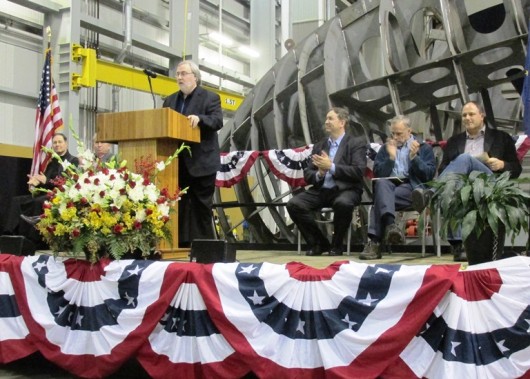 Ted Leonard, executive director of AIDEA, speaks during the keel-laying. AIDEA owns the Ketchikan shipyard, which is operated by Vigor Industrial. 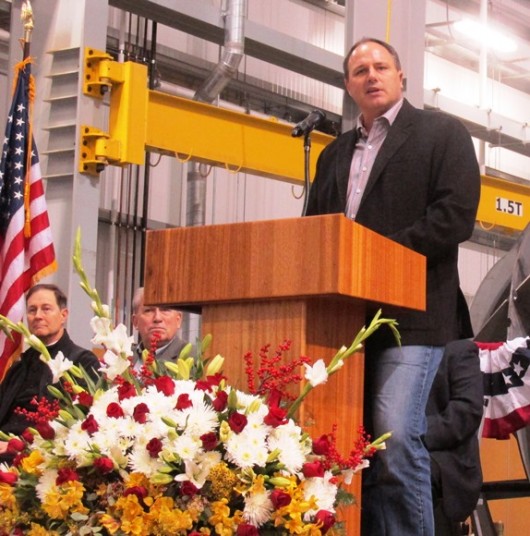 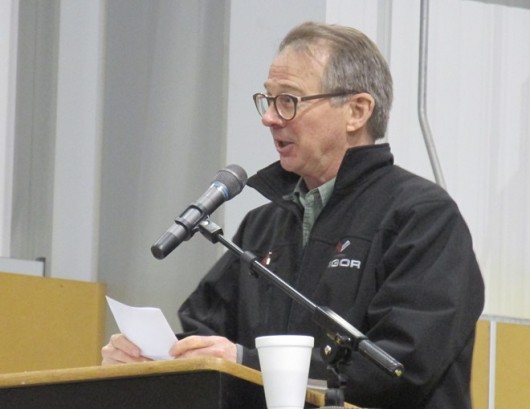